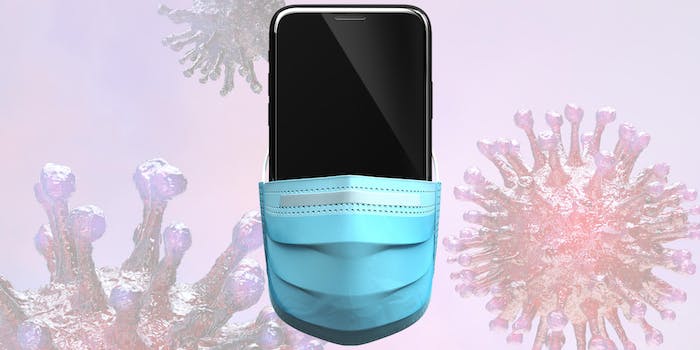 Could a Wuhan-like digital quarantine happen in America?

Some of the tactics China used could not happen here. But other worrisome techniques are possible.

With just 31 confirmed coronavirus deaths in the United States, most people do not have quarantine on their minds just yet.

But that concern continues to grow as major sports leagues shut down and large gatherings have been banned in many states. It’s possible though, it could be coming here, and in ways that most of us have yet to comprehend.

In China, where more than 2,000 people have died of the flu-like disease, the government has taken the idea of quarantine to a new frontier: the internet. Don’t be surprised if the United States soon follows.

While Americans face their own privacy issues when it comes to using the internet, in China, the idea of online privacy is laughable.

Virtually all Chinese citizens use tech giant Tencent’s social media and messaging app WeChat, which boasts more than 1.1 billion users. What many Americans do not know is that this app is openly used by the Chinese government to conduct surveillance on its citizens.

Users have reported being locked out of their accounts after sending controversial political messages and being forced to upload photos to assist facial recognition tools—which would not be a big problem, except that WeChat is an essential part of communication, social interaction, and even payment systems in China.

Imagine if your credit card, iMessage and Instagram all ran through one app—which was tied to the government—and you start to get the idea of WeChat.

This week, University of Toronto’s Citizen Lab ran a test to determine whether WeChat and YY (a popular Chinese streaming platform) might potentially censor keywords pertaining to coronavirus. The simple setup involved sending messages from a Canadian WeChat account to a Chinese one.

The group found that 132 coronavirus-related keywords (like the name of Li Wenliang, a doctor who tried to warn the public about the disease before dying of it himself) were censored on the app at the start of the outbreak in January. Now, more than 516 keywords are flagged. The end result is that information about the disease is limited.

But it’s not just information struggling to break free; the Chinese government can use these technological systems to create what is effectively a digital quarantine zone around Hubei province, the epicenter of the outbreak.

It all started with Wuhan-based Twitter users like @dejadejade claiming they were unable to use their IDs to pay for things like gas and hotels, which helped bar them from leaving the region where the outbreak originated. At the time, they were trying to leave Wuhan due to a reported lack of resources for treating the virus.

Others noted being unable to use apps outside of Wuhan. Others report checkpoints that incorporate facial tracking technology and fever-measuring guns popping up at tollbooths, apartment complexes, hotels, and train stations.

Combined with computerized systems that track ID cards connected to users’ WeChat accounts, someone suspected to have the virus is likely monitored at all times, even if they don’t actually have it. Outside of mainland China, in nearby Hong Kong (a special administrative region), the government has gone as far as to implement physical bracelets similar to house arrest monitors in tracking the sick.

It’s a “public health experiment, the scale of which has not been done before,” according to Vanderbilt University’s Dr. William Schaffner, an infectious disease expert who spoke to the New York Times.

It has been an effective tactic, helping to contain the virus, but it also raises daunting questions about the future of civil liberties in times of panic, and raises a worry on the other side of the world.

Could a Wuhan-style digital quarantine happen in the United States? It may not be far off, considering the White House this week met with Facebook, Google, IBM, Microsoft, and other major tech companies to ask for help in combating coronavirus.

It’s already closer than you think.

The use of digital quarantine has moved beyond China and arrived in North America. Earlier this month, Uber suspended 240 account holders in Mexico who they suspect may have been exposed to coronavirus to prevent them from accessing the app.

Lockouts like these allow private companies to use data and algorithms to control the income of people during a pandemic and even strip them of their ability to work.

Current “right to work” state laws do not address these kinds of situations.

These users may not even be sick, but suspicion is enough to potentially suspend someone’s ability to get transportation or even work as a driver.

And it’s not just private companies: the United States federal government now uses facial recognition technology as well as location data in immigration enforcement, which is often bought from tech companies. The relationship between these companies and the government can often create competition: for example, high-tech private travel program CLEAR is a direct competitor to the government’s own Trusted Traveler programs like TSA Pre-Check.

The competitive aspect could actually be a boon for anyone who fears extra surveillance under a pandemic—it leads to an extremely decentralized way of managing people very unlike the power coalition behind China’s highly centralized government.

However, it would be naive to think a government would not at least try to use all of the technology available to them in a state of emergency.

Presently, the government already has contracts in place with controversial facial recognition companies like Clearview. A 2020 data breach revealed that Clearview works with clients like the New York Police Department, U.S. Immigration and Customs Enforcement, U.S. Customs and Border Protection, the FBI, and a number of private companies as well as international governments.

Given there are no laws surrounding the use of the technology, it’s not hard to imagine government agencies using it to track people diagnosed.

Leading facial recognition tech company Axon released a paper last summer warning the world that “face matching technology raises serious ethical concerns” and that legislative bodies have not caught up with technology in regulating it.

Even when face tracking AI is deployed across China, other problems arise: those wearing protective face masks suddenly become untraceable. One artist even proved that it’s easy to create custom face masks with other people’s faces on them to fool these technologies.

So if the government was relying on facial recognition apps to halt the spread of the disease, tricks like this could lull them into a false sense of safety and security.

It presents problems at both ends.

More worryingly, the use of digital quarantine measures like face-tracking and chat client censorship largely depends on how the data behind them is used. Right now, that kind of data is typically processed by artificially intelligent machine learning, but there are no clear ways to figure out how that data is stored on devices or the cloud.

As Edward Snowden revealed in 2013, the government has a shocking amount of access to privately collected data, a close relationship with the companies that collect it.

Could it be possible for a corporation to flag people who send a direct message about being sick and pass it along to the government?

There are, however, certain constitutional rights Americans expect from their government, like warrants, that do not apply to China.

Because of those protections, the U.S. government might not be able to do something like restrict domestic travel or put a stop on a debit card for the average citizen within the country just over a suspected infection. But private companies aren’t beholden to those rules. Could they do these sorts of things at the winking behest of the government?

When tools like these intersect in the grey area between private technology and the government, it becomes difficult to track down who has access to that kind of information, and who could determine whether an infected person still has any reasonable expectation of privacy or if a dangerous state of surveillance is merited.

Although coronavirus quarantines might still be—for the most part—far away, Americans should keep these privacy concerns in mind as they navigate a new landscape of digital surveillance.