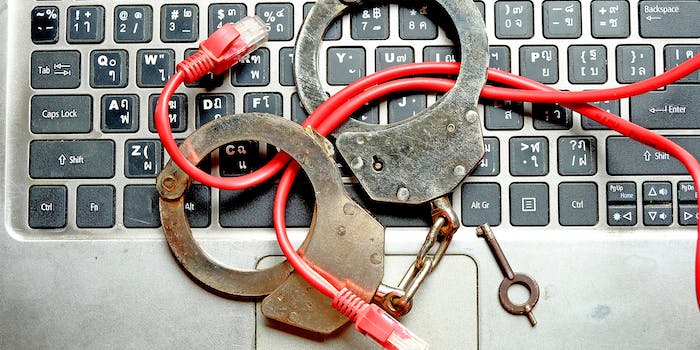 The Clarifying Lawful Overseas Use of Data Act, or the CLOUD Act, streamlines the process for authorities to access data across international borders. Here’s what you need to know about it.

What is the CLOUD Act?

The bill–which you can read in full here–was drafted to “improve law enforcement access to data stored across borders, and for other purposes.”

The CLOUD Act appears to be a direct response to a dispute between Microsoft and the Department of Justice that is currently being appealed to the U.S. Supreme Court. The DOJ wanted the company to hand over emails stored on a server in Ireland as part of a drug-trafficking case. However, the CLOUD Act would nullify the debate.

Essentially, the bill would give law enforcement the right to get data held in other countries by allowing the Justice Department to negotiate reciprocal treaties. It would also allow tech companies to challenge warrants if they require them to break other countries’ privacy laws. Critics say it would give the Attorney General the power to enter into agreements with foreign governments without Congressional approval.

This compromise has been cheered by some of the major tech firms. Apple, Facebook, Google, Microsoft, and Oath wrote in a letter in February that the CLOUD Act “provides a logical solution for governing cross-border access to data.”

“Our companies have long advocated for international agreements and global solutions to protect our customers and internet users around the world,” the letter reads. “We have always stressed that dialogue and legislation— not litigation—is the best approach.”

However, the bill has been criticized for essentially being a backdoor to access data without respecting privacy laws in various countries.

Trump has not spoken out on the CLOUD Act.

The Electronic Frontier Foundation (EFF) said the bill was a “dangerous expansion of police snooping” and sad it would “erode privacy protections around the globe.”

“Legislation to protect the privacy of technology users from government snooping has long been overdue in the United States,” the EFF wrote in February. “But the CLOUD Act does the opposite, and privileges law enforcement at the expense of people’s privacy. EFF strongly opposes the bill.”

The organization railed against the CLOUD Act for not receiving a hearing and criticized it for being tacked onto the spending bill.

Fight For The Future, a digital rights advocacy group that has been leading the charge to help overturn the Federal Communication Commission‘s net neutrality decision, called the CLOUD Act “dangerous”

“The CLOUD Act would recklessly expose the sensitive information that we entrust with big tech companies, creating loopholes for police in the US and other countries to access our information without judicial oversight,” said Evan Greer, the deputy director of Fight for the Future. “It creates an end-run around the Fourth Amendment and endangers all internet users’ basic right to privacy, security, and free expression.”

The American Civil Liberties Union warned that the CLOUD Act represents a “dramatic change in our law” that could endanger activists online.

“Today, the information of global activists—such as those that fight for LGBTQ rights, defend religious freedom, or advocate for gender equality are protected from being disclosed by U.S. companies to governments who may seek to do them harm,” Neema Singh Guliani, a member of ACLU’s legislative counsel, wrote. “The CLOUD Act eliminates many of these protections and replaces them with vague assurances, weak standards, and largely unenforceable restrictions.”