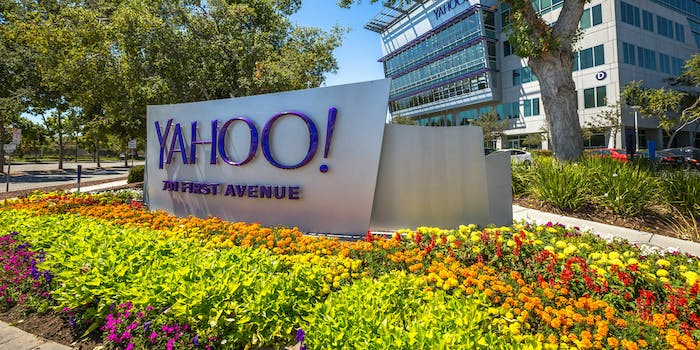 The two companies will merge to become Oath, a brand platform.

Verizon is expected to let go of around 2,000 people from Yahoo and AOL when it completes the acquisition sometime next week, according to a recent report from Reuters. Those massive layoffs will account for around 15 percent of Yahoo and AOL’s workforce, according to the report.

Marissa Mayer, the controversial CEO of Yahoo will also be stepping down, but not before being granted a $23 million severance package. Meyer led the company during its quick collapse over the past five years and had been asked by several investors over the years to step down from her position. She was also the subject of a lawsuit that alleged she’d created an employee performance rating that was unfair to male employees. Mayer received a $900,000 pay check every week for a total of $239 million during her tenure—all while Yahoo saw its workforce shrink by 50 percent over the same period.

Yahoo was once one of the biggest companies in online search in the early 2000s and even had the opportunity to purchase young versions of both Facebook and Google for a fraction of their value today. But it was not able to overcome a declining user base in recent years caused by increasing competition from those companies, and it was forced to sell after being subjected to two of the biggest cybersecurity attacks in history.

Oath will be led by AOL CEO Tim Armstrong and will house all of AOL and Yahoo’s brands, including Engadget, the Huffington Post, and TechCrunch.