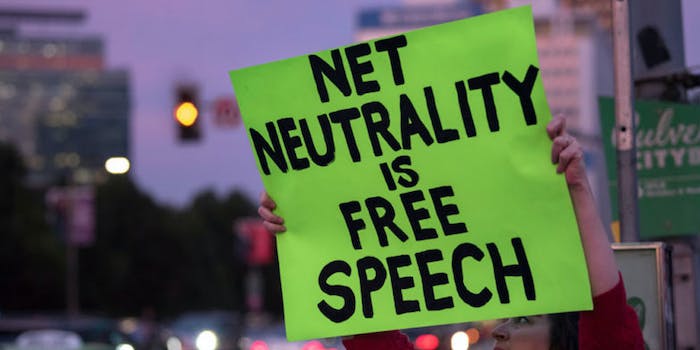 The government is trying to block California from enforcing its net neutrality law.

California’s law, called SB 822, has been heralded as a “gold standard” for other states to follow if they wanted to pass net neutrality in the wake of the FCC’s repeal in 2017. The law was passed in 2018 and almost immediately faced a lawsuit from the Justice Department.

The two sides agreed to halt the legal back-and-forth until the end of a federal court case over the FCC’s repeal—Mozilla Corporation v. FCC—was settled. Last October, a panel of three judges handed down their decision, which largely upheld the FCC’s repeal, but vacated a portion of it that blocked states from enacting their own laws.

In August, the Justice Department restarted its attempts to block the law, and on Thursday, California shot back.

Becerra argued that there is no federal law preventing the state from enacting its net neutrality law and opposed the motions from the government (and industry trade groups that joined them) to halt the law.

Becerra also argued that the request for injunction did not show that there would be irreparable harm as a result of the law.

“The pandemic has made it clearer than ever that Californians deserve access to a free and open internet,” Becerra said in a statement. “Equal and fair internet access is crucial to every aspect of modern life, including public health and safety, education, and work. The internet is not only a foundation of our economy, but also a staple of our democracy—we’re fighting to keep it that way.”

You can read all of California’s brief here.