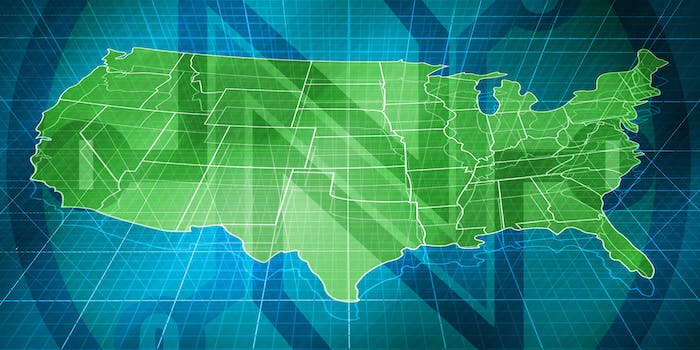 The continuing net neutrality battle looks like it will head to the state level.

A federal court decision regarding net neutrality rules last week mostly upheld the Federal Communications Commission’s (FCC) repeal, but it also opened the door for state regulations, setting up what will be the center of the debate on the issue for the foreseeable future.

While the United States Court of Appeals District of Columbia Circuit found that most of the order could stay, it also threw out the states “preemption” portion, claiming that the FCC did not show its “legal authority” for blocking states from enacting their own laws.

This paves the way for states to enact their own laws surrounding net neutrality in the absence of ones at the federal level.

And unless Congress is able to pass a bill—something numerous net neutrality advocates are still pushing for—the fight over net neutrality will take place on the state level going forward.

That fact was not overlooked by former FCC Chairman Tom Wheeler, who was the head of the agency when the 2015 Open Internet Order was passed. In an op-ed for the New York Times last week, Wheeler said the decision should have internet service providers (ISPs) “quaking in their boots.”

“As of today, they run the serious risk that they’ll have to follow a patchwork of different state requirements. The companies may not have liked the previous administration’s decision to classify them as common carriers, but that at least provided them with a uniform national policy. That is now gone,” Wheeler wrote.

In the immediate aftermath of the decision, other net neutrality advocates seemed to agree: it created an opportunity.

“I think it was a major win… the fact that the courts said that the FCC could not prevent states from enacting their own legislation,” Mark Stanley, the director of communications at Demand Progress, recently told the Daily Dot. “I think … states will continue to be part of the push for strong open internet protections and protecting internet users from ISP abuses.”

The court decision, Stanley added, “opened a door for that even wider.”

Meanwhile, Evan Greer, the deputy director of Fight for the Future, said the court’s decision on states created a “huge opportunity.”

Greer pointed specifically to a bill that likely will become the epicenter of the state-level net neutrality fight: California’s.

Last year, California passed a net neutrality bill that was hailed as a “gold standard” bill among advocates because it actually went farther than the 2015 Open Internet Order. The bill not only addresses common net neutrality issues like blocking, throttling, and paid prioritization, but it also bars ISPs from engaging in zero rating practices.

The suits were put on hold as everyone agreed to wait for the ruling from the United States Court of Appeals District of Columbia Circuit.

It remains to be seen exactly how the situation in California will unfold in the immediate aftermath of last week’s ruling.

However, in what could be a hint of what is to come, California Attorney General Xavier Becerra said the decision gave the state “solid ground” to defend itself in likely litigation over its law, according to the Los Angeles Times.

But California isn’t alone. Currently, 34 states and the District of Columbia have some sort of net neutrality law, or executive order either passed or in the works.

Greer said Fight for the Future is encouraging states to “copy and paste” California’s law, adding that there is the possibility it could create somewhat of an unofficial federal policy—potentially creating a situation where enough states have such strong laws that it would force ISPs to abide by the rules instead of picking and choosing where to enforce certain policies.

“We want to raise the standard,” Greer said.

Matt Wood, the vice president and general counsel of Free Press Action, added the group has explored the legal avenues for states to begin enacting their own laws in the wake of the decision and will help any state that seeks their input.

“It’s obviously one of the avenues that we have explored, even once the FCC started the repeal process,” Wood said. “We are happy to talk to any state that’s considering net neutrality measures and happy to help strengthen them. We’ve worked with states in the past… It’s obviously in our interest and very much something that we’re happy to do.”

Stanley, of Demand Progress, said while the state issue will play out, it isn’t where net neutrality advocates will focus all of their attention. Stanley said advocates will continue to push for the Save the Internet Act, a bill that would essentially restore the 2015 Open Internet Order that passed in the House in April but has since stalled in the Senate.

That issue could also come to light in the coming months in the wake of the repeal. As Wheeler predicted in his Times op-ed, a push from the industry to pass a bill may come at the start of 2020.

“When Congress comes back in January, the companies that have waged a multiyear crusade against the open internet are likely to be fighting for federal legislation to overturn California’s law and pre-empt those of other states,” Wheeler wrote.

Stanley said Demand Progress and other groups will be watching every front of the upcoming net neutrality battle.