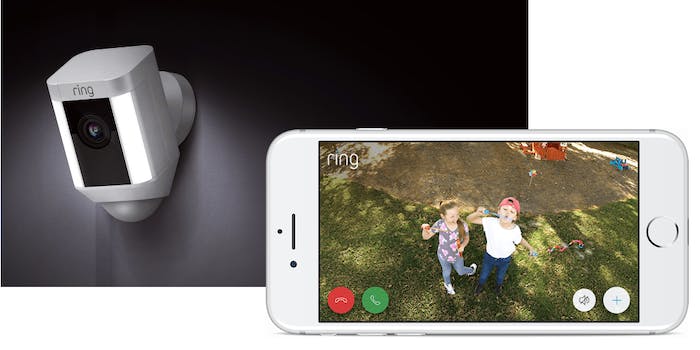 'Shark Tank' judges said they already regretted missing out on Ring in an ABC special.

File this under missed opportunities: Back in 2013, Los Angeles-based entrepreneur Jamie Siminoff pitched an idea for a smart doorbell on the ABC show Shark Tank. Fast forward five years, and the show’s iconic investors must be weeping at their lack of foresight: Amazon acquired Siminoff’s company Ring for $1 billion.

You can watch the moment from Season 5 of Shark Tank below.

Amazon already makes one home security product—the Amazon Cloud Cam—but it’s unclear how popular the camera is. Cloud Cam ties in with Amazon Key, a program that gives delivery personnel the ability to deliver boxes inside your home. The idea hasn’t been particularly popular, at least on social media.

Before that, another attempt to eliminate the threat of package theft was the Amazon Locker program. This lets Prime members have their packages delivered to secure kiosks; they can then pick up the package at their convenience, without worrying about a delivery being nabbed from their front door.

With its acquisition of Ring, Amazon now gains access to a suite of indoor and outdoor home security products. Conveniently, Ring’s latest cameras, such as the Ring Video Doorbell 2, already integrate with Amazon’s virtual assistant, Alexa.

In a 2017 ABC special, the Shark Tank judges reflected on the deals they most regretted missing out on, and “Doorbot”—now Ring—was one of the first ideas mentioned.

For Ring, this acquisition could be good news. It will give the company the human and financial resources it needs to further expand its product offerings. Perhaps more importantly, the acquisition gives Ring access to Amazon Prime’s estimated 100 million members, many of which may be looking to augment their at-home Alexa ecosystem and protect their many Prime shipments from being stolen. And for Amazon, its hardware offerings and smart home camera know-how just got more expansive.