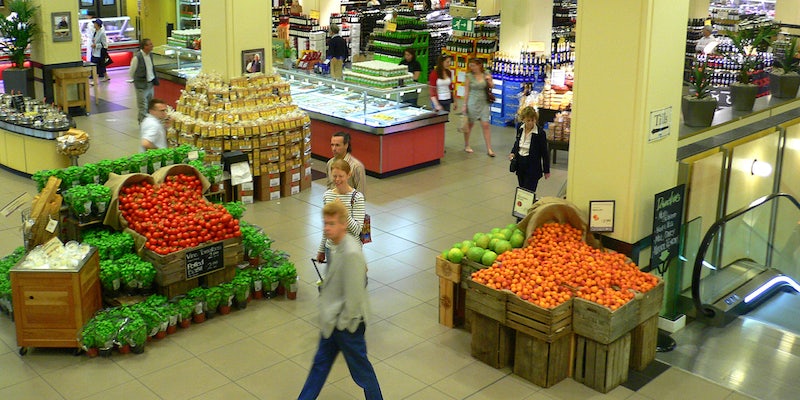 Amazon to acquire Whole Foods in $13.7B deal

Amazon's interest in groceries isn't new, but this is its biggest move yet.

If you thought Amazon‘s recent foray into grocery shopping was a flash in the pan, think again: The online shopping giant has announced it will acquire Whole Foods Market in a deal valued at nearly $14 billion.

The cash transaction works out to $42 per share of Whole Foods’ stock—that is, if the merger is approved by the shareholders and regulatory authorities.

“This partnership presents an opportunity to maximize value for Whole Foods Market’s shareholders, while at the same time extending our mission and bringing the highest quality, experience, convenience and innovation to our customers,” said Whole Foods CEO John Mackey in a press release. Mackey co-founded Whole Foods in Austin, Texas, in 1978; the company’s headquarters will remain there after this deal, and the stores will continue to operate under the Whole Foods brand.

Earlier this year, Amazon delayed the launch of its cashierless grocery store concept, called Amazon Go. The store, which uses cameras and sensors to monitor which items customers have picked up and then seamlessly charges them when they leave, is reportedly facing a few technical issues, like monitoring more than 20 customers at a time and contending with shoppers putting items back where they don’t belong.

There’s no word yet on what sort of technological developments are in store (no pun intended) for Whole Foods after the acquisition, but anything to make the prepeeled oranges and asparagus water shopping experience easier is welcome. Considering Amazon is notorious for its low prices, it will be interesting to watch how it attempts to change the store colloquially known as Whole Paycheck for the better.