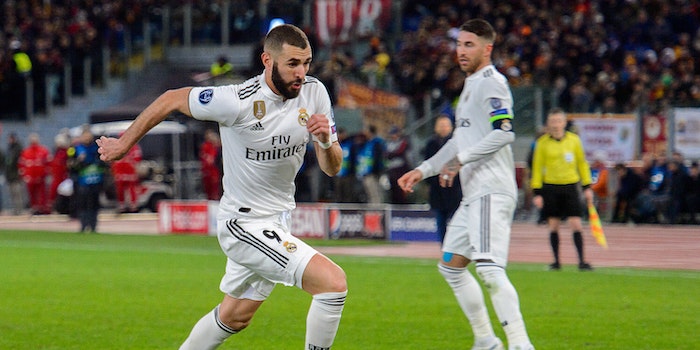 How to stream Real Madrid vs. Villarreal

Real Madrid gave up a late goal last week that turned a win into a draw. Can it recover on the road against Villarreal?

The good news for Real Madrid last week was it got a late goal from Karim Benzema, but the bad news was it gave up an even later goal to its Valladolid opponents, leaving it to finish the 2019-20 home opener with a 1-1 draw. Los Blancos are now third in the young La Liga season, looking to improve that when they travel to Villarreal for a Sunday matchup.

Here’s everything you need to know to live stream Villarreal vs. Real Madrid, including what to watch for on the pitch.

Real Madrid vs. Villarreal: What to watch for

Don’t think Los Blancos are out of the transfer hunt just yet. There are rumors that they’re making a deal with the PSG team they’ll face in the upcoming Champions League group stage. But it may not be Neymar they’re after—they might trying to land striker and 2018 World Cup hero Kylian Mbappe. They also may, while at the PSG store, get a new goalkeeper. Alphonse Areola is reportedly set to leave. By Monday’s transfer deadline, all will be answered.

Real, as currently constituted, should be able to handle Villarreal, though the Yellow Submarine might be making its own moves to improve upon a roster than includes Carlos Bacca, Santi Cazorla, and Ramiro Funes Mori as three of its best-known players. But injuries are hitting Los Blancos hard in this early part of the season, so they might lean heavily on a Gareth Bale who (in an alternative universe, perhaps) might already be back in the Premier League.