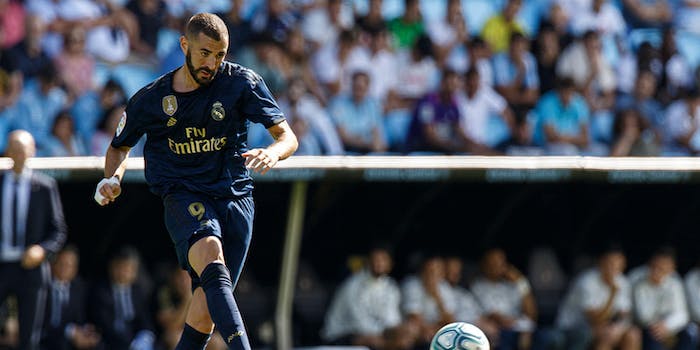 How to stream Real Madrid vs. Sevilla

Real Madrid is coming off a disastrous Champions League opener and must face La Liga leaders Sevilla on the road.

In last week’s La Liga action, Real Madrid scored three goals in the first 40 minutes, including a Karim Benzema brace, and then held on for dear life to edge Levante and climb to third in the La Liga standings. Then, all those good feelings went away as Los Blancos were blanked by PSG in their Champions League opener. On Sunday, they meet league leaders Sevilla for what could be the best match of the young season so far.

Here’s everything you need to know to live stream Real Madrid vs. Sevilla, including what to watch for on the pitch.

Real Madrid vs. Sevilla: What to watch for

Clearly, Los Blancos want a win in the worst way. That would allow them to leapfrog Sevilla and possibly vault into the La Liga lead. (Or, at the very least, it would allow them to keep pace with their crosstown rivals, who lost their first match of the season last week and saw Sevilla pass them.) They also want to move past the Champions League loss. Though it was the toughest match of the group stage for Real, it was still a tough one to swallow, giving up a first-half Angel di Maria brace and then giving up a Thomas Meurier goal in stoppage time, while generating zero shots on target.

Sevilla, in the meantime, had two wins on the week, beating Alaves 1-0 last week to take the lead league, and then opening Europa League play by besting Qarabag 3-0. While titles have been elusive for Sevilla—you have to go back to 1946 for its last league championship—it’s a solid side. Beating Real Madrid at home would be a huge statement.