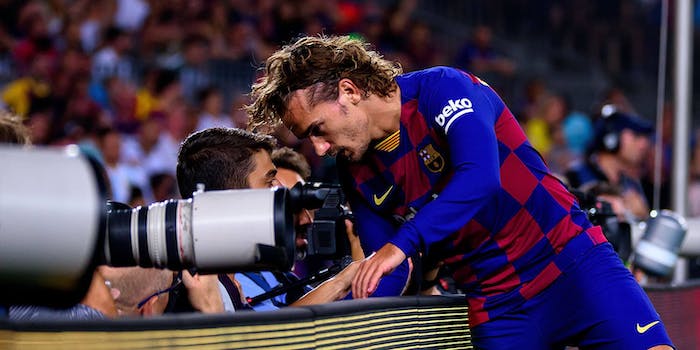 How to stream Barcelona vs. Getafe

Barcelona appears to be returning to winning ways, but there are new injury concerns for Lionel Messi.

While the eyes of many La Liga fans will be on the Madrid Derby this weekend, Barcelona’s got an intriguing match of its own, traveling to Getafe to play a team that has a solid unbeaten streak going. And, of course, there are new injury concerns for Lionel Messi, even though Antoine Griezmann’s working himself into the Barca routine sufficiently.

Here’s everything you need to know to live stream Barcelona vs. Getafe, including what to watch for on the pitch.

Barcelona vs. Getafe: What to watch for

Barcelona beat Villarreal 2-1 in a rare midweek La Liga match on Tuesday, with goals by Griezmann and Arthur Melo in the first 15 minutes establishing a lead they wouldn’t relinquish. The win would come at a cost, though. Messi got his first start after missing the initial part of the 2019-20 campaign with injury and assisted on Griezmann’s opener. But Messi, who on Monday won FIFA’s “the Best” award—the award formerly known as the Ballon D’Or—picked up an adductor injury in the first half and didn’t return after the break. Barca, now sixth in the table, also faces Champions League action midweek, hosting Inter Milan.

Getafe hasn’t lost any of its prior five La Liga matches, including a 3-3 Wednesday draw with Valencia. The recent run of results, which have mostly been draws, leaves Getafe 10th in the table. But that unbeaten string could come to an end even without Messi on the field.