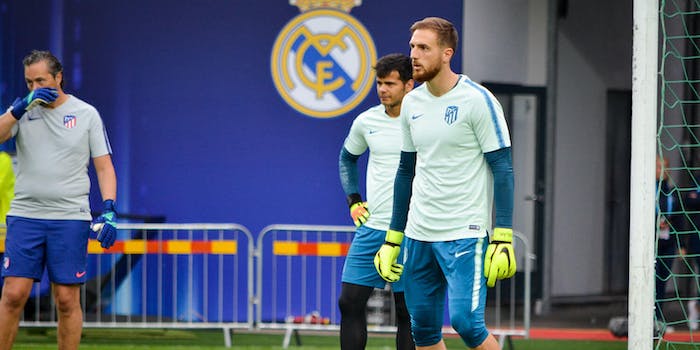 How to stream Atletico Madrid vs. Real Madrid

The first Madrid Derby of the 2019-20 La Liga season finds both Real Madrid and Atletico Madrid at the top of the table.

The first Madrid derby of the season—and the first match involving two of La Liga’s big three—should be lit, as the kids say. Real’s currently atop the table with 14 points; Atleti’s right behind in second with 13. The two teams actually met over the summer as part of the International Champions Cup, with Atleti racing out to a 5-0 halftime lead, eventually winning 7-3. Diego Costa had the consummate Diego Costa performance in that one, scoring five goals before exiting via red card. Los Blancos probably still have some memories of that match they’d like to replace with happier memories.

Here’s everything you need to know to live stream Atletico Madrid vs. Real Madrid, including what to watch for on the pitch.

Atletico Madrid vs. Real Madrid: What to watch for

Real Madrid handled its midweek La Liga match in stride on Wednesday, beating formerly-undefeated (but draw-happy) Osasuna 2-0 on goals from Vinicius Junior and Rodrygo. That win allowed Real to get back to first in the league. While Real has a Champions League match coming up, it’s at home against Club Brugge; it doesn’t get too much easier than that in its group stage journey.

Atleti, meanwhile, also triumphed 2-0 overly newly-promoted Mallorca. Though Diego Simeone’s men got goals from Diego Costa and Joao Felix, they lost Alvaro Morata to a red card, and his absence could prove costly. After drawing with Juventus in its opening Champions League match, Atleti travels to Russia for a Tuesday date with Lokomotiv Moscow, which currently leads Group D.