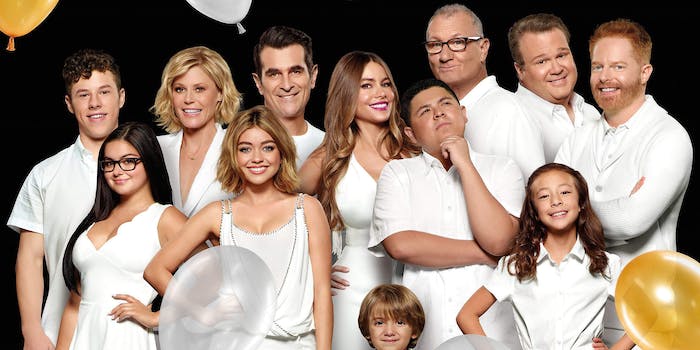 How to stream the ‘Modern Family’ series finale

The Pritchett-Dunphy-Tucker clan may be responsible for reshaping America’s idea of the nuclear family. After making us laugh and cry for more than a decade, their beautiful ride is coming to a close on Wednesday, April 8 with the Modern Family series finale.

In 11 award-winning seasons, the extended Pritchett family saw its share of chaos, hilarious drama, and a handful of surprises. What will the finale bring? Will Phil and Claire finally lean into their roles as grandparents? Will Mitch and Cam find untold joy with their adopted baby? Will Modern Family break the ratings record set by MASH? Anything’s possible!

Here’s everything you need to know to watch the Modern Family finale.

HOW TO STREAM THE ‘MODERN FAMILY’ SERIES FINALE

What time is the Modern Family series finale on?

How to stream the Modern Family series finale online