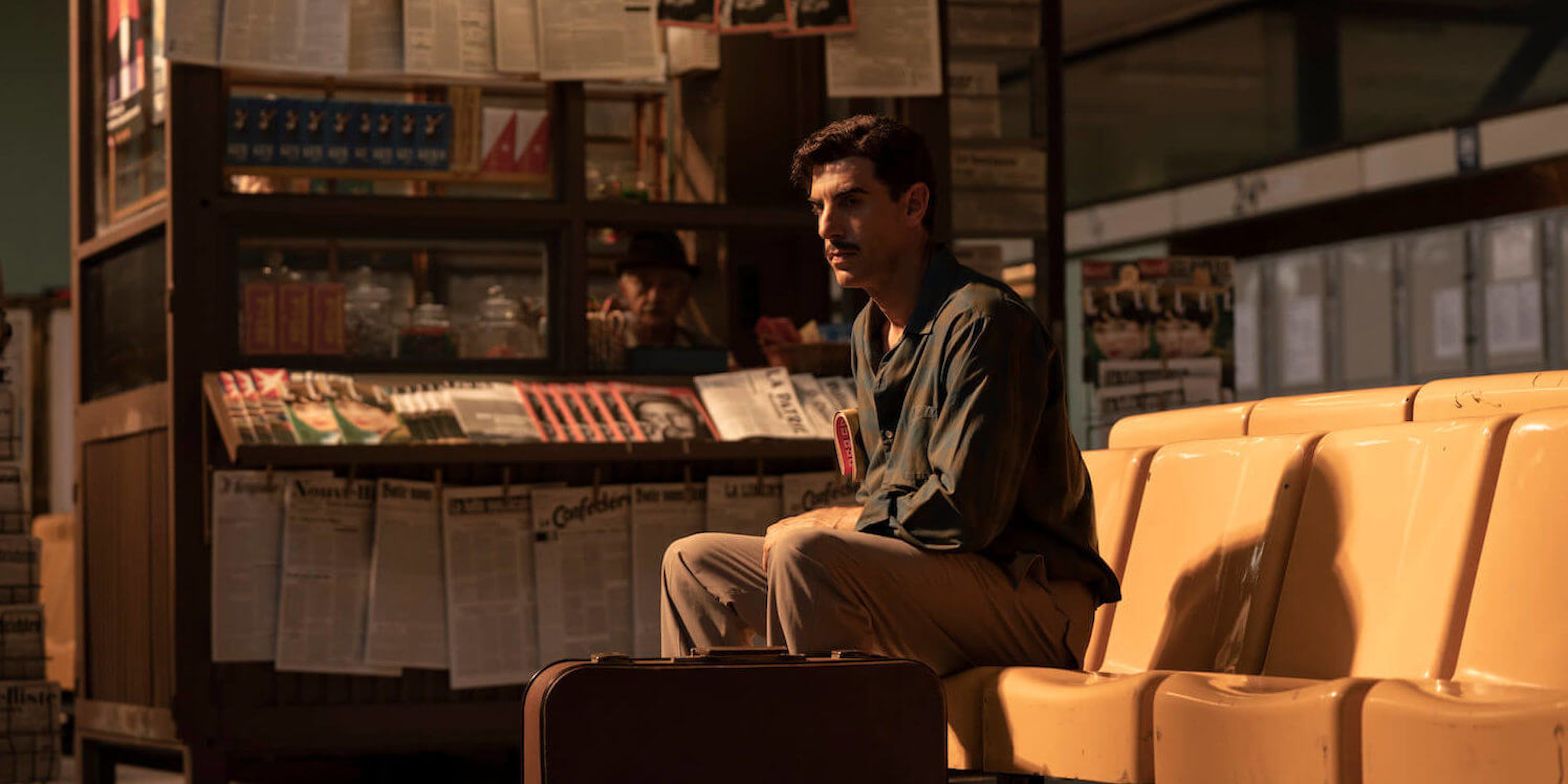 The moderately paced suspense story is just exciting enough to make you wonder what could have been.

Regardless of your politics, the story of Eliyahu Cohen is an incredible one. Born in Alexandria, Egypt in 1924, Cohen was an Egyptian Jew who helped smuggle other Jews out of Egypt. After moving to Israel in the ’60s, he was recruited for a mission by the Mossad. Over the course of six months, Cohen completed a training course that would normally take at least two years. During his time undercover, Cohen worked his way deep into the Syrian government, reportedly even being considered at one point for Syrian Deputy Minister of Defense. He’s a real-deal spy who used information like a knife.

When viewers meet Cohen in The Spy, he’s married and working a dead-end job at a department store. As an Arab Jew, he feels like an outsider in the world around him and remembers his glory days helping Egyptian Jews escape to Israel. Desperate to prove his worth to his homeland, he applies to Mossad and gets recruited for a special mission.

Taken under the wing of handler Dan Peleg (The Americans‘ Noah Emmerich), Cohen is rushed through his training, pushing himself harder and harder to keep up. Peleg is haunted by the recent death of another agent and worries he’s just training another man to die.  Taking the identity of Kamel Amin Thaabeth, a successful importer visiting his Syrian homeland for the first time, Cohen goes to work. Worming his way into the halls of power, he must move through shadows and relationships to avoid discovery.

If you’re sick of obnoxiously loud action spy stories, The Spy will be a welcome change of pace. In keeping with the tone of a John le Carre novel, the series is a moderately paced suspense story that focuses more on tense espionage than violence.

Sacha Baron Cohen is wonderful as Cohen, drawing genuine emotion from a script that gives him little to work with. The story is so focused on Cohen’s missions that everything else falls by the wayside. When the creators do decide to pop back into the lives of other characters, it’s usually just to briefly describe how stressful the mission is for Cohen’s wife. Then it’s back to the spy games.

There’s a lack of effort to dig deeper into the story beyond the operations. We never see Syrian leaders respond to anything outside of the moment. No fear of the enemy spying on them, no stress about the conflict with Israel. Even the threat of a military coup doesn’t warrant any onscreen soul-searching. Everything is about moving the plot forward to Eli’s next mission.

At the beginning, The Spy gives the impression that it will explore Eli’s mixed heritage. In the first episode, he tells his wife, “You know what they see when they look at me? An Arab, that’s it. Jewish, yes. But just an Arab.” His Arabic heritage is what allows him to go undercover in the first place. Yet no matter how deep inside he gets, he rarely seems torn between these two sides of himself.

Even the way the show is filmed pushes viewers to draw conclusions based on the visuals. The Syrians are shown wearing flashy clothes in beautiful apartments while lusting after worldly pleasures and power. Meanwhile, the scenes that take place in Israel are shot in cold blue that verges on black and white. Their homes are humble, the stakes constant and dire. In comparison, even something as simple as a Syrian office seems hedonistic.

Given the story takes place slightly more than a decade after the formation of modern Israel, the color scheme makes sense. It invokes a nation still finding its place in the world against an established threat. But the show’s creators never explore that angle. A lot gets left for viewers to assume. This isn’t a world of subtlety;  it’s one where a childhood Osama bin Laden is literally carted onscreen for five seconds in a Marvel-like cameo to drive home a point.

Eli Cohen is a national hero of Israel, so it’s easy to understand why The Spy makes these choices. Some will view the series as propaganda, rather than just an uncritical account of a hero’s life. The show presents Cohen as a man so good, even the Syrians he betrayed mourn at his execution. But by refusing to explore how going undercover impacts Cohen, the series robs viewers of important drama. It’s like if Donnie Brosco could calmly explain why he should go back into the shit.

Watching The Spy purely from the perspective of an espionage fan, there’s plenty to like here, even when the production is uneven. When Cohen is sneaking around, shooting pictures of documents, and manipulating friendships, it’s easy to get lost in the story. But viewed through the lens of history, that often doesn’t feel like enough. Over the course of six hours, the series rarely goes deeper than “Cohen good/Syrians evil.”

The moments when The Spy steps back are some of its strongest. There’s a brilliant scene in which Cohen watches a soccer game while talking to an Israeli contact via morse code, terrified of cheering for the wrong team and alerting snooping ears. Likewise, the brief exploration of how Cohen handles betraying his early friends offers a fleeting glimpse of a more nuanced story. Sadly, these moments are over almost as soon as they begin.

The Spy‘s truly incredible performances save the whole show. Sacha Baron Cohen delivers one of the best dramatic turns of his career, and while Emmerich’s accent should have probably been fixed in post, seeing him back in the spy game after The Americans is a treat. Alexander Siddig is terrifying as Suidani, Col. Al-Hafez’s chief security officer, appearing out of nowhere with cold politeness that screams potential violence. Hadar Ratzon Rotem takes a largely thankless role as Cohen’s wife, Nadia, delivering a fully realized performance that elevates a character who otherwise feels like an afterthought.

What’s most frustrating about The Spy is that it’s good. In more even hands, it could have been truly great. The show fails to dive into the emotions of its story, and consequently, its hardest moments rarely hurt. When things become deadly serious at the end, including footage of Cohen’s real death, the turn is jarring and unearned. The end result is a compelling Netflix suspense series instead of a classic historical thriller. Given the source material, it’s hard not to mourn what could have been, even if it’s easy to recommend what’s here.