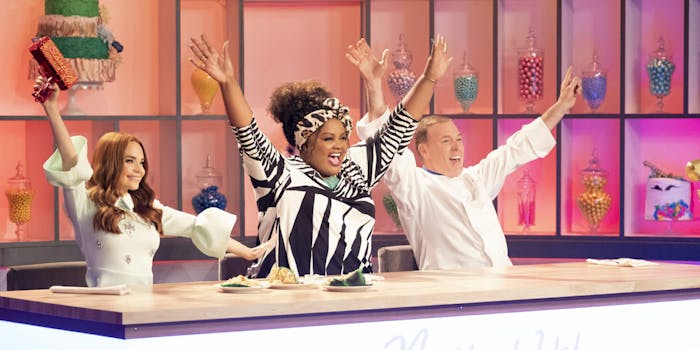 ‘Nailed It!’ season 3 reminds us that failure is part of the journey

The baking competition maintains its good-natured sense of humor.

In this era of glossy, spectacular TV and movies, the decidedly lo-fi Nailed It! has become the only appointment television I need. Netflix’s most charming competition show has returned for its third season (or fourth, if you count the holiday series), bringing new delights including edible fruit headdresses, gingerbread self-portraits, and replicas of Michelangelo’s David made from modeling chocolate, guaranteed to please the show’s returning fans.

By now the novelty of Nailed It!—where the question isn’t if the contestants will fail but how spectacularly—has worn off. Both audience members and contestants know the show’s two segments: “Baker’s Choice” and “Nail It or Fail It.” In “Baker’s Choice,” each contestant gets a short amount of time to recreate their own small-scale dessert, including cookies, cupcakes, cake pops, and the like. In “Nail It or Fail It,” they all try to replicate the same elaborate cake.

With the recipe familiar by now, what keeps Nailed It! from getting stale is its fundamental humanity. The show could easily take the low road by mocking its hapless contestants; every wrongly measured ingredient or ill-conceived fondant application is a rich vein for cruel laughter. But instead of treating failure as an opportunity for mockery, Nailed It! season 3 celebrates it as a natural part of the learning process. 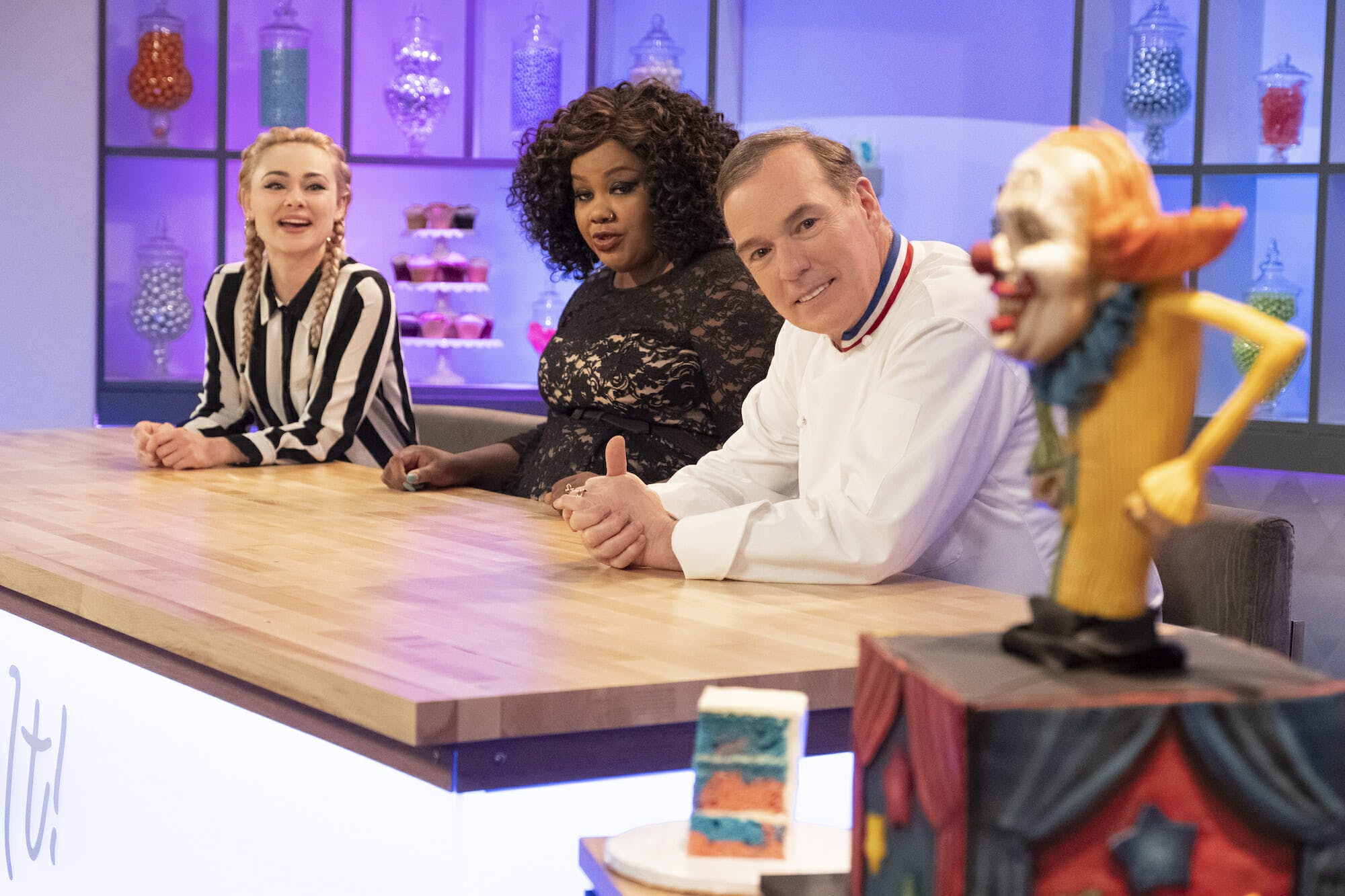 It’s normal for things to turn out janky for a while before you start succeeding, and make no mistake, Nailed It! wants its contestants to keep trying. Why else would the prizes for “Baker’s Choice” include expensive baking equipment like decorating sets, stand mixers, and a year’s supply of butter? When presented with challenges way beyond their skill level, the contestants do their best, even when utter collapse is a foregone conclusion. Instead of focusing purely on the final result, the bakers must be resourceful and think on their feet, all while maintaining a sense of humor. Their laughter as they drop their screens to show their messy creations shows that they, too, are in on the joke.

The show’s production is as deliberately slapdash as ever. Although some gags are definitely scripted, such as beleaguered assistant director Wes reluctantly coming out in a cheesy Thor costume, many feel more authentic. Head judge Jacques Torres struggles to understand a contestant with a thick Alabamian accent, host Nicole Byer calls out Wes for playing on his phone, a camera operator snorts uncontrollably at a contestant’s particularly odd choice—such moments come across as spontaneous and genuine. As always, the controlled chaos of the production complements the uncontrolled chaos at the baking stations.

What pulls it all together is the easy chemistry between Byer, Torres, and the rotating cast of guest judges. Byer’s quippy comedic style allows her to establish a rapport with judges and contestants alike. This season’s roster includes Felicia Day, an actress known for both her nerdiness and sweet demeanor, and French chef and Top Chef mainstay Hubert Keller, among others. Wes, too, has become increasingly visible; the third season now has him wearing costumes to match each episode’s theme as he brings out the prizes and trophy. 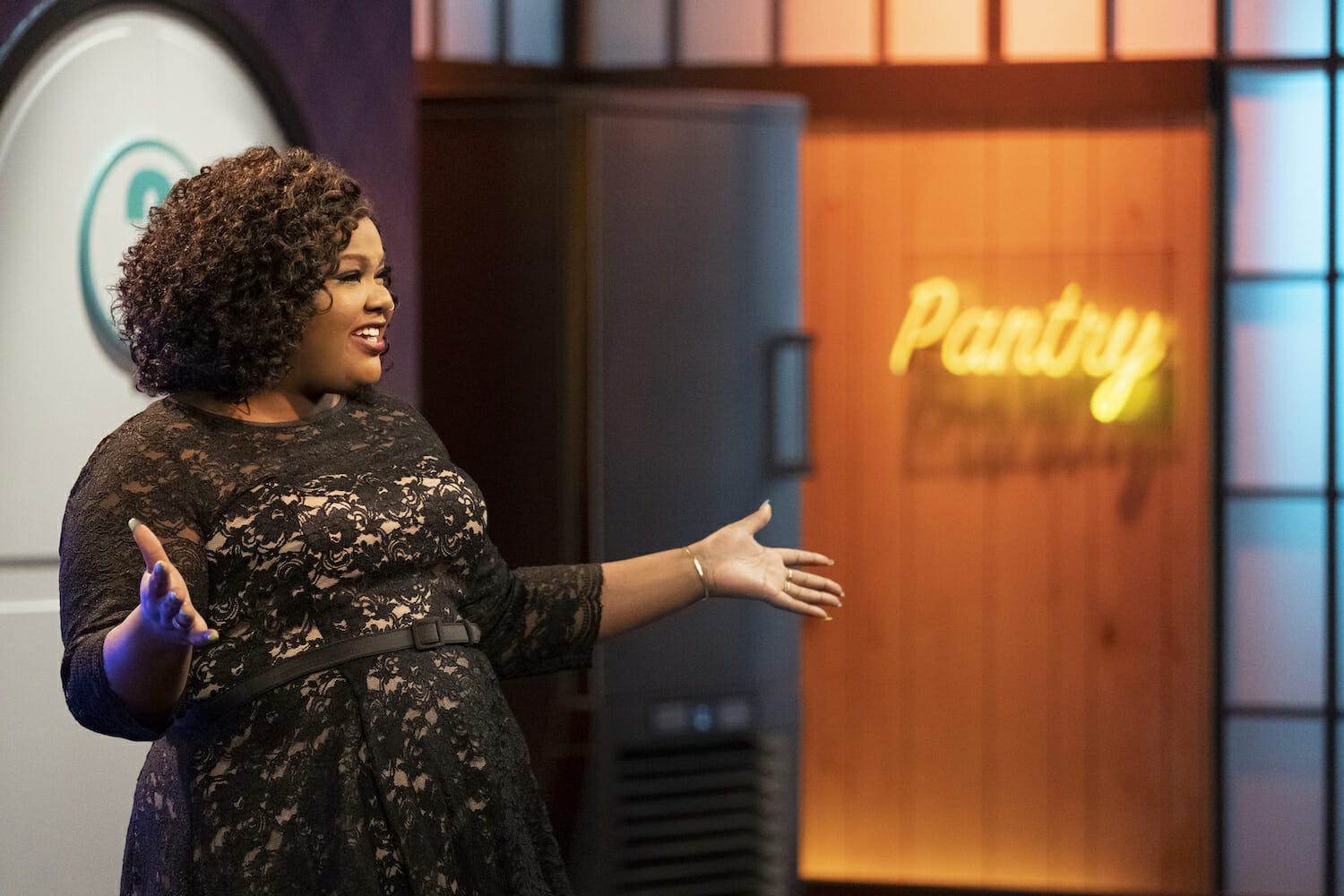 It would easy for a show like Nailed It! to try to stay relevant by selecting episode themes based purely on current trends, which run the risk of becoming outdated before the episodes even make it to streaming. Fortunately, the producers have chosen more evergreen themes, including haute couture and modern art. The main exception to that rule is this season’s first episode, in which the contestants make superhero-themed cookies and cakes. Still, comic book heroes are unlikely to leave our cultural consciousness anytime soon.

Nailed It! season 3 comes at a fortuitous—and hectic—time for me, as I plan my own wedding and start a new teaching job. Watching the Nailed It! contestants try, fail, and then laugh about it reminds me that chaos is part of the journey, that it’s important to try your best even when you have no idea what you’re doing—and if you need a little extra help, don’t be afraid to smash the Panic Button.