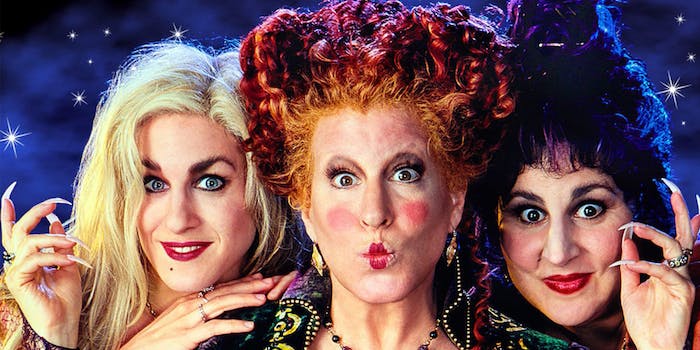 The witches are back, and there's hell to pay.

Where to stream Hocus Pocus 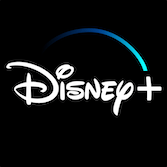 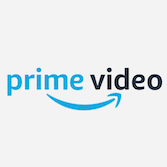 Come little children, I’ll take thee away into a land of enchantment. That land, of course, being Salem, Massachusetts, on October 31st in the year of our Lord 1993, when a virgin by the name of Max Dennison lit the Black Flame Candle and revived three of the most wicked witches of all time. Hocus Pocus was a bit of a sleeper hit but now it’s a bonafide classic.

The Sanderson Sisters, bent on revenge, have one night to “glow up” by sucking the souls out of the children of Salem before sunrise. Ravenous Mary, salacious Sarah, and their long-suffering leader Winifred are totally baffled by the trappings of the 20th century, from busses to a horned up Gary Marshall, but they won’t be giving up without a fight (not to mention one heckuva song and dance number).

But you already know that, don’t you? Hocus Pocus is as synonymous with Halloween as The Santa Clause is to Christmas. Trouble is, it’s pretty tricky to find online. Until now!

Here’s everything you need to know to stream Hocus Pocus online.

What is Hocus Pocus?

How to stream Hocus Pocus

Here are a few options for you to rent or buy and stream Hocus Pocus.

Hocus Pocus on Disney Plus

Disney+ offers one of the most beloved libraries of streaming content online Namely, 500 Walt Disney Studios movies and 7,000 episodes of Walt Disney Television. This includes of course, Hocus Pocus, along with countless other Halloween classics like Halloween Town and Twitches. It also includes selections from Pixar, Marvel, Star Wars, and National Geographic, all being members of the Disney family, as well as 30 seasons of The Simpsons. Plus, like any streaming service worth its salt, there are exclusive original productions including Lady and the Tramp, Wandvision, Monsters at Work, and The Mandalorian. One subscription works on up to four devices, and you can even download content directly to your device to watch anytime.

Fandango and movies go hand in hand, and not just when it comes to buying tickets online. Plenty of cinematic hits and classics are available to purchase or rent on-demand straight from the Fandango Now library, along with full seasons of your favorite shows. Movies and shows are also available in multiple formats, including UHD 4K. If you join Fandango VIP, you can rack up points to spend across Fandango and Fandango Now.

Vudu is a no-fuss way to rent movies online if you don’t want to bother signing up for anything. There’s a massive library of high-quality video content, including 4K movies. There are even piles of movies you can watch free as long as you sit through a few ads. Hocus Pocus is available to buy right now–and would you believe it, it’s on sale.

Apple was the prime destination for music for a long time before the other giants got into the media streaming game. Apple TV is a fantastic streaming device, but it’s also a place to buy and rent movies and buy TV shows. If you’re on an Apple device like a Macbook, iPad, or iPhone, you likely already have the app. If you’re not, don’t fret. It’s also available on select Roku, Amazon Fire, Samsung, and LG devices. From there, log in with your Apple ID. It’s not just a store, it’s a streaming hub, which lets you access premium channels like HBO, CBS, Showtime, and many more. You can even sync up your iTunes library.