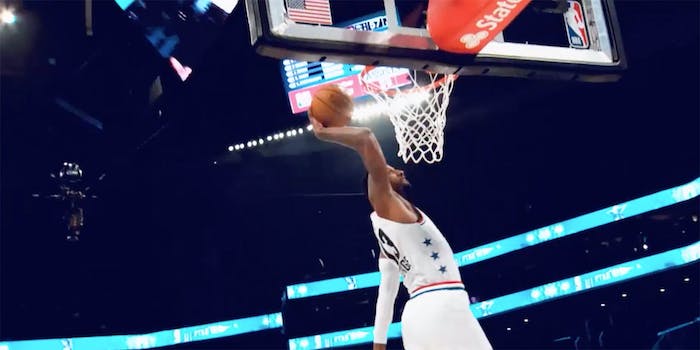 How to stream the NBA All-Star Game

The stars align on Sunday evening in Atlanta.

The 2021 NBA All-Star Game compresses what’s typically done over the course of a whole weekend into one action-packed night. Again, it’s a star-vs.-star format, with LeBron James and an injured Kevin Durant picking teams. There’s even an alternate ending format called the Elam Ending in effect, meaning that the clock will be turned off at the end of the game and teams will try to hit a target score.

This competition, pitting players against one another in a sort of obstacle course involving dribbling, passing and shooting, involves six multi-talented players.

This competition features long-range bombers trying to best each other in who can make the most shots from beyond the arc. It’s all current NBA All-Stars in this one, including two former winners, for the first time in history.

This might be the best idea in the retooled All-Star Game format: Placing the high-flying shenanigans of the dunk contests into the halftime slot. Three first-time participants will square off for the title.

The rosters are a little unusual if you’re used to the East vs. West format of past years, and so are the rules. Here’s a tweet explaining the format, including the Elan Ending.

So, if Team LeBron is up by three points after three quarters, that team needs to get 24 points in the fourth quarter before Team Durant gets 27. The Elan Ending, as it’s known, is meant to rid the last few minutes of basketball games of its most infuriating elements: Frequent fouls, hastily-jacked-up three pointers, and at the very end of the game, the aimless dribbling to run out the clock.

How to stream the NBA All-Star Game on TNT

TNT, one of the most reliable networks showing NBA games, will air the 2021 NBA All-Star Game. Here’s how to stream it.

If you’re looking for a streamlined, cost-effective streaming package, check out Sling TV. It offers two basic cable packages, Sling Orange and Sling Blue, each of which costs $35 per month. There’s also the third option of getting Sling Orange + Blue for just $50 per month. You’ll get more Sling TV channels by choosing Sling Blue, with its 40 channels including sports favorites like FS1 and NBCSN and cable mainstays like Food Network and Discovery Channel. But Sling Orange brings must-haves Disney Channel and ESPN as part of its package. Sling also has a number of add-ons, including robust international packages organized by languages all over the globe.

At its most basic Plus tier, you can find sports staples like ESPN, ESPN2, and FS1. Considering that AT&TV TV Now plans include the loaded Ultimate and Premier tiers, as well as the Spanish-language Optimo Mas package, you can find whatever sports channel you’re seeking in at least one of the AT&T TV Now plans. If you’re looking to stream the NBA All-Star Game, you can get in at the Plus tier to stream it.