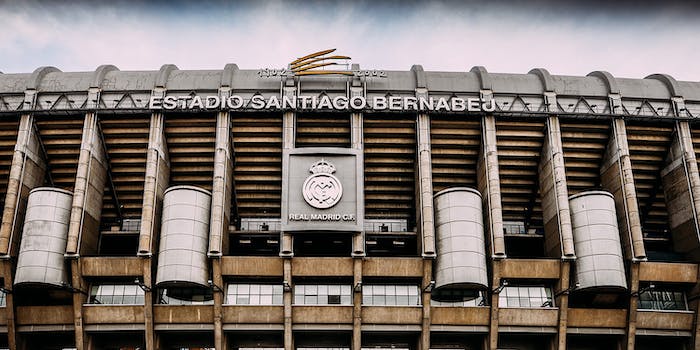 How to stream Real Madrid vs. Leganes

Real Madrid's looking to lift itself above sixth on Wednesday. (The La Liga race has been really close this year, if you haven't noticed.)

Sixth? Sixth place? In the very tight La Liga race developing, that’s where Real Madrid currently finds itself, though a win over Leganes on Wednesday would get the team back to second, just a point behind Barcelona in the standings. Real Madrid will be hosting Leganes, which only registered its first win of the season on Saturday… against an RCD Mallorca that recently upset Real Madrid. (Circle of life.)

Here’s everything you need to know to live stream Real Madrid vs. Leganes, including what to watch for on the pitch

FuboTV also has bilingual families in mind; each subscription comes with UniMás, Galavisión, NBC Universo, beIN Sports, Univision, and Fox Deportes. An extra $7.99 per month will bring you Latino Plus, which includes CNN en Español and TyC Sports among its offerings.

Sling TV provides two base channel package options, each priced at $25 per month. Sling Orange includes three ESPN channels, while Sling Blue includes sports channels like NBCSN (where many Premier League matches appear), NFL Network, and local channels. (Sling Blue customers in select markets get NBC, where some matches appear; see if yours has it here.) If you’re Team “Why Not Both,” Sling Orange + Blue combines the two for just $40 per month. To add BeIN Sports and maximize your soccer-watching potential, you’ll want to add either Sports Extra: Sling Orange ($5 per month) or Sports Extra: Sling Blue ($10 per month). (The latter also includes NFL RedZone.)

Spanish-speaking viewers have quite a few options. For bilingual families, you might consider the Español: Best of Spanish TV package for either Sling Orange or Sling Blue for 24/7 specialty channel LaLiga TV and BeIN Sports Connect: Channels 4-9, which features matches from La Liga, Ligue 1 and Copa del Rey, among others. Both packages cost $5 per month after your free trial. Sling TV Latino is another Spanish-language package for $10 per month, including NBC Universo, History en Español, and—of import to soccer fans—four BeIN Sports channels. (And choosing Sling TV Latino + Sling Orange for $30 per month gives you access to ESPN Deportes.) For more information, check out our guide to Sling TV channels and our Sling TV review.

Leganes (Recent form: DLLLW) notched its first win of the season Saturday, besting RCD Mallorca 1-0 in a battle of bottom-half teams. The win got the Madrid-area team to five points on the season, but that’s still only good for last place in the league.

This has all the makings of a goalfest; while Leganes has hung tough against some of the better offenses in La Liga, their best showing of the year might be losing 1-0 to Atletico Madrid, which it’s usually content with. This could well be along the lines of 3-0 or 4-0.