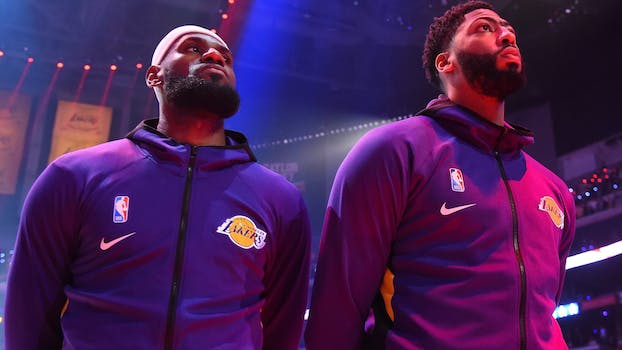 How to stream Lakers vs. Clippers

Los Angeles will feature two teams as the two heavy championship favorites— in the same building.

For the first time in the history of the NBA, a city will have two teams as the two heavy championship favorites—and they will play in the same building. You can best believe the Staples Center in downtown Los Angeles will be rocking as the LeBron James-led Los Angeles Lakers “visit” the Los Angeles Clippers, who feature 2019 NBA Finals MVP Kawhi Leonard.

The big stories for both teams are their blockbuster additions. Anthony Davis came over to the Lakers, through a long, drawn-out trade process that sent Brandon Ingram, Lonzo Ball, and Josh Hart to the New Orleans Pelicans. Fred Vogel takes over at head coach, with—in a curious move— Jason Kidd onboard as the top assistant.

Leonard joined the Clippers as a free agent, coming off a historic championship run in his single season with the Toronto Raptors. The two-time defensive player of the year’s arrival, it was later discovered, was contingent on head coach/exec Doc Rivers trading for a capable “number two.” The outcome: Paul George, via trade from the Oklahoma City Thunder.

Obviously, no Lakers-associated preview can be discussed without LeBron James, who’s been extremely vocal about ceding offensive workload to Davis to convert into combination monster point guard/Thanos-like jack-of-all-trades. Heading into his 17th (!) season, the 12-time All-NBA first-team selection (an NBA record) will be amongst the league leaders in assists per game.

Here’s everything you need to know to stream Lakers vs. Clippers.

FuboTV is known as a sports streaming service, but it’s hit or miss for streaming NBA games. You get NBA TV, TNT, and NBC Sports in your basic package, but ABC isn’t included in the local channels, and there’s an ESPN-sized hole in the service. That said, there’s still plenty to enjoy on FuboTV. (Here’s the complete FuboTV channels list.)

As with DirecTV Now, you’ll have to upgrade to PlayStation Vue’s Core package to get NBA TV, but otherwise, the service offers a solid selection of sports, news, and entertainment options. Note, when I checked my local listings, ABC was only available as an on-demand channel. You may still be able to use your credentials to watch those NBA games either on the ABC app or via WatchESPN. (Here are all of PlayStation Vue channels.)

The major key for the game: George is expected to miss the first 10 or so games as he recovers from shoulder (left labrum, right rotator cuff) surgeries. The six-time All-Star isn’t going to rush back, telling the Los Angeles Times reporter Andrew Greif “I know what it takes, and I know when that time is. It’s no rush. It’s no rush. I do want to get back to the game, but I’m not going to rush it. I’ll be ready when the time comes.”

George’s injury means it will take a little longer to see the Clippers in their full complement, and longer still for chemistry to form.

The Lakers also have injury issues with Kyle Kuzma and his problematic foot (day-to-day with a stress reaction.) “The main thing is just making sure I’m healthy,” Kuzma stated. “It’s a long season, so [missing opening night] won’t affect me mentally or anything.”

The Lakers is a 2.5-point favorite, according to Odds Shark.