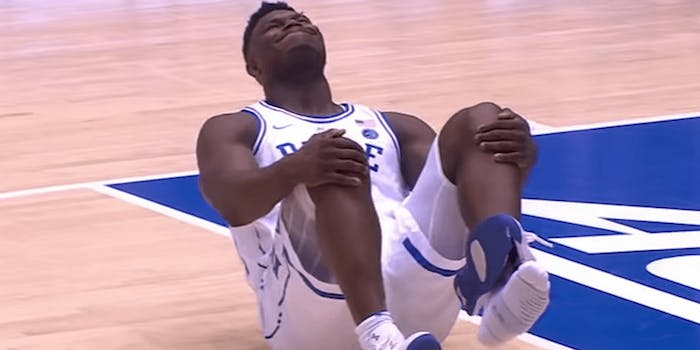 Both programs are unhappy with their 2020 seasons thus far.

Here’s everything you need to know to stream Duke vs. North Carolina live on Saturday.

Just a year removed from Shoe-gate, Duke travels to play North Carolina in what is surely college basketball’s greatest rivalry. Zion Williamson and Nike made headlines in 2019, but the story tonight is solely on the court with two programs that are unhappy with their 2020 seasons thus far. The Blue Devils are ranked No. 7 but already have three losses, including two eyesores for the committee against Clemson and Stephen F. Austin. The Tar Heels, on the other hand, are a living nightmare with a 10-12 record so far and the NCAA tournament out of sight. North Carolina has lost 13 games or more in a season just four times since 1952.

Duke (last five ACC games: WWWWL) and coach Mike Krzyzewski have continued their dominance of college hoops and the ACC, as well as sending their blue-chip prospects to the NBA in the summer. Projected lottery pick Vernon Carey Jr. is averaging 18 points and 9 rebounds per game with a 59% FG percentage, all of which are the team best. The Blue Devils have gotten back in their comfort zone, with four-straight wins following the loss to No. 11 Louisville and the Clemson upset.

North Carolina (last five ACC games: LLWWL) men’s basketball is on pace to finish below .500 for just the third time since legendary coach Dean Smith took over in 1961. Roy Williams’ squad is having an uncharacteristically bad year for the Tar Heels’ standards, but we are not even five years removed from North Carolina winning the 2017 NCAA title over Gonzaga. An upset over North Carolina’s arch rivals would be a silver lining on an ultimately disappointing season, and potential top-10 pick Cole Anthony is the Tar Heels’ best hope.