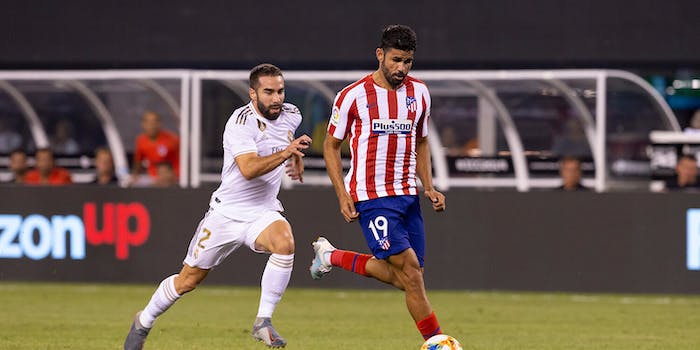 How to stream Atletico Madrid vs. Athletic Bilbao

Just a few short weeks ago, Atletico Madrid was at the top of the La Liga table, looking down at its rivals Real Madrid and Barcelona. Now, following Villarreal’s win on Friday to start Week 10 action in La Liga, Atleti’s dropped to sixth place. The team will look to stop a string of disappointing draws when it welcomes Athletic Bilbao to the capital on Saturday.

Here’s everything you need to know to stream Atletico Madrid vs. Athletic Bilbao live.

Atletico Madrid (Recent form: DWDDD) drew again—its third straight and its fourth in five matches—by letting in a late goal to finish 1-1 against Valencia last weekend. Atleti did find a goal courtesy of Alvaro Morata in Champions League play, though, allowing it to overcome Bayer by the very Atleti scoreline of 1-0. That’s still not the offensive production that manager Diego Simeone ideally wants from his squad, but when his defense is doing what it does best, 1-0 is enough.

Athletic Bilbao (Recent form: WDLLD) is currently in eighth place in La Liga. Last Sunday, the team matched Atleti by drawing its opponent (in this case, Valladolid) 1-1, getting a goal from Inaki Williams to go up at the half, only to give it away late. It’s only Williams’ first goal of the year, so Athletic Club will need more production out of him if the team wants to challenge for a European place.