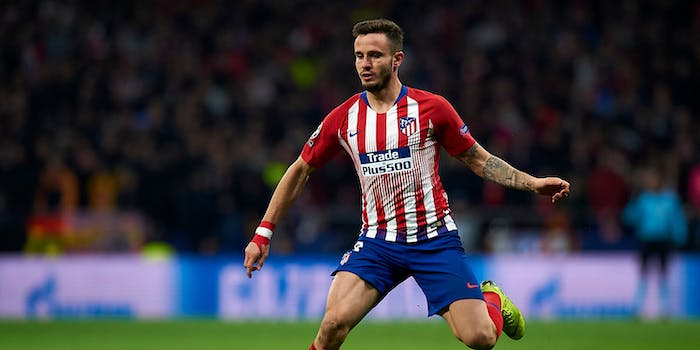 How to stream Atletico Madrid vs. Alaves

Atleti has business to handle as it embarks on a brutal slate.

Sometimes, it’s not how many shots on goal you have, it’s how you finish them. On Saturday, Atletico Madrid and Athletic Bilboa had the same number of shots (9) and shots on goal (2), but Atleti converted both and the defense held firm. With the 2-0 win, Atleti climbs to fourth in the La Liga table with a Tuesday match at Alaves before heading back out on the road for two more stern tests.

Here’s everything you need to know to live stream Atletico Madrid vs. Alaves, including what to watch for on the pitch.

Atletico Madrid (Recent form: WDDDW) got goals from Saul Niguez and Alvaro Morato to blank Athletic Club and get back to a more respectable place in the table. Thanks to Villarreal’s win on Friday, Atletico headed into Saturday’s match sixth in the table on 16 points. The win broke a three-match draw streak for Atleti, which has upcoming matches against Sevilla away (in a crucial La Liga showdown) and at Bayer (which might be the team’s toughest group stage game save for the upcoming Nov. 26 match in Turin against Juventus, of course).

Alaves (Recent form: LWLWL) is, in fact, the team that lost to Villarreal on Friday, a 4-1 defeat that put the Babbazorros down to 14th in the table. While Tuesday’s match catches Atleti on home after little rest, Alaves lets in a fair amount of goals (13 so far through 10 matches), and they’ve only produced eight goals in the same stretch. This could very well end up a typical 1-0 or 2-0 win for Atleti, especially with the impetus to keep pace with a comparatively rested Real Madrid and Barcelona.