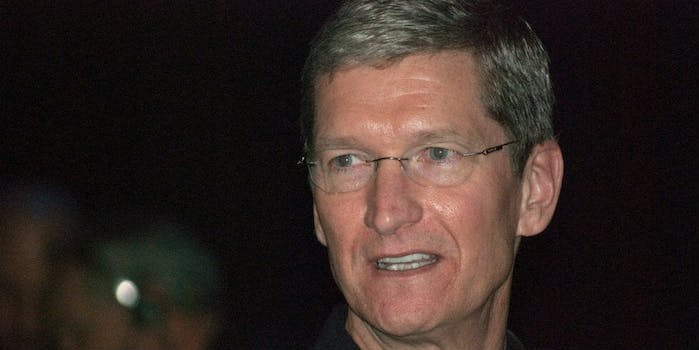 Apple reportedly is shying away from sex and religion.

Watch an iPhone reveal event and you’d be forgiven for thinking that Apple wants to be recognized as a company that pushes the limits of artistry. Lots of fancy buzzwords, slickly produced B-roll footage, and an onstage speaker with their hands folded, priest-like and ready to pounce on your wallets.

Even with all that bluster, Apple apparently can’t take some of that attitude and transfer it over to their burgeoning entertainment division. Thanks to Apple’s strict intentions on keeping all their content low on “gratuitous sex, profanity, or violence,” many of Apple’s projects have suffered delays and complications, according to a report by the Wall Street Journal. Things have gotten so prickly over Apple’s attempts to sanitize things that the company’s own Los Angeles employees reportedly are calling the service “expensive NBC.”

Hey now, NBC isn’t all bland melodrama. We do have it to thank for reviving Brooklyn Nine-Nine.

Across Hollywood and inside Apple, the show has become emblematic of the challenges faced by the technology giant as it pushes into entertainment. Apple earmarked $1 billion for Hollywood programming last year. But in the tone CEO Mr. Cook has set for it, whatever Apple produces mustn’t taint a pristine brand image that has helped the company collect 80 percent of the profits in the global smartphone market.”

Among Apple’s planned offerings are a show about 19th-century American poet Emily Dickinson, a Friday Night Lights-style drama focused on the life of NBA star Kevin Durant, an unnamed program with the creators of Sesame Street, and a show starring Oprah Winfrey.

Overall, the Journal wrote Apple has a dozen programs planned.

According to the paper, one big reason for the delays is that Apple’s Hollywood executive team have had to devote much of their time to receiving approval from Cook and senior vice president Eddy Cue.

Perhaps the strangest demand from Apple’s executives have been changes to an M. Night Shyamalan program in which Apple executives asked for the crucifixes that were displayed in a couple’s home not to be shown, because Apple didn’t want to focus on religion or politics.

It’s important to remember that Apple isn’t just losing time on these delays, it’s also losing gobs of money. According to the Journal, Apple outbid its competitors for a drama about a daytime news show starring Jennifer Aniston and Reese Witherspoon but spent up to or over $12 million per episode. That show is now delayed thanks to issues with an executive producer and Apple’s insistence that the show take a more upbeat tone and remove some of its comedic material, according to people working on the project. Apple also reportedly delayed Steven Spielberg’s Amazing Stories to find a new showrunner, all because it found the program too “dark.”

Netflix, Hulu, HBO, and all the rest have made no qualms about hosting gritty adult films and shows. Netflix particularly has made a name for itself by producing mature content like the bloody, nudity-filled Altered Carbon, HBO will always be tied to Game of Thrones, and there are no signs of slowing down the adults-only content. That doesn’t mean these services don’t have family-friendly fare—and there will always be room for it, especially with more and more families sharing accounts—but none of this helps Apple in the long run.

It remains to be seen if Apple can steer around these differences between their marketing and creative teams.