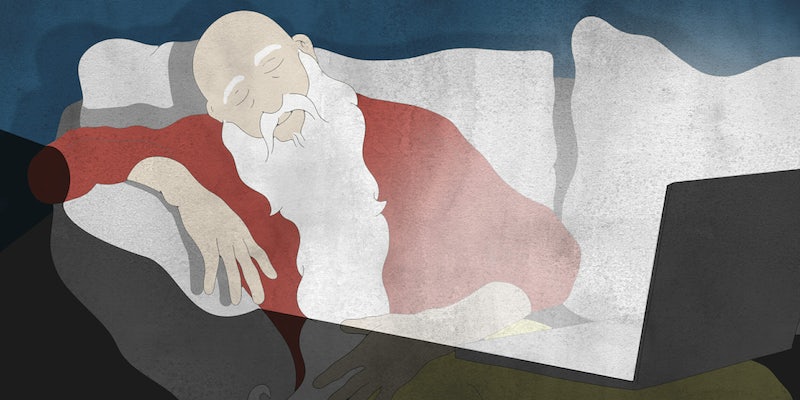 Fun fact: The remaining week of 2018 will elapse over the course of three and a half months.

If one human year is equivalent to seven dog years, I figure 365 days on the calendar equates to approximately two centuries in internet time. I’ll see a story at 4pm that broke that morning, yet I am convinced it happened at least a few weeks ago. As the ol’ desktop day-by-day calendar sheds the last of its winter coat, we the Extremely Online have been forced to reckon with the catch-22 that has been 2018: It has been the Longest Year, and yet has gone by in the blink of an eye.

i swear 2018 was the longest year ever

Heck, 2018 was so long that the stoic Grey Lady herself tried to gamify making you relive some of the year’s headlines in this year’s New York Times year in review feature—kinda funny, but mostly cruel.

Here are some of the things that happened in 2018 according to the Gregorian calendar but which feel as if they happened in another lifetime altogether. In no particular order whatsoever:

At just 11 years old, Mason Ramsey burst onto the YouTube scene in March, released a single in April, performed at Coachella that same month, and was largely forgotten six months later. We can only assume he’s rapidly aged to look like Macaulay Culkin in that new Google Home commercial.

The Walmart Yodeling Kid video was from March of this year. 2018 has been so long. Wtf.

2) The false missile alarm in Hawaii

Government-related headlines, in particular, have taken on something of the temporal texture of Silly Putty, stretching and squishing to fill the past two weeks/months/years in bizarre and unique ways. Though I was surprised to realize the items @MarkEmmanuelLyn mentions in this tweet were indeed early 2018 bangers, they have returned in various refrains so frequently—shithole countries! stable genius! Stormy Daniels!—that it’s hard to declare them in any way forgotten.

But the missile alert in Hawaii, which for nearly an hour left island residents fearing for their lives, slipped off the radar more quickly (likely for everyone except the guy who sent it and the guy who’s suing the state for the heart attack it caused).

2018 has been so long:
-the Hawaii Missile False Alarm
-the Stormy Daniels Affair breaking
-Trump's medical exam listing him as being in excellent condition
-Shithole countries
-Oprah 2020
-"very stable genius"
-Al Franken Resigning
-the "Fire and Fury" book
were all in JANUARY

Depending on the level of your Meghan Markle fandom (hey there, Suits obsessives), you might have remembered that she and Harry tied the knot on May 19. In rather more subdued circumstances (at least as stateside media frenzy goes; the hats were still as fabulous as ever), Princess Eugenie of York wed longtime partner Jack Brooksbank in the fall.

Come to think of it, if you count the Netflix premiere, there were sort of three royal weddings this year…

A profoundly uncomfortable-looking Mark Zuckerberg took the stand to testify before Congress in April about the Cambridge Analytica data scandal. Was it only 2017 when we implicitly trusted the Zuck with all our personal info? In any case, perhaps the most notable quotable from the otherwise dull hearings—the highlight of which was the Facebook CEO’s panache for guzzling bottled water—was Zuckerberg’s smirking response to a question from Sen. Orrin Hatch about the social network’s business model.

President Donald Trump has not yet been in office for two full years—(pauses to let that sink in for a minute)—and yet his administration has been marked by more comings and goings from the White House than Americans can count on their fingers and toes. Perhaps the most unexpected disappearance, however, was that of First Lady Melania Trump, who was not seen in public for the better part of a month back in May, prompting bizarre conspiracies about a body double and an angry rant from her husband.

One would think that any year in which we spend one of the 12 months engrossed by the vagaries of figure skating scores and frantically learning how luge and curling work would make the remaining 11 months just fly by. Not so! It’s almost as if you’d already forgotten your abiding love for the Shib Sibs until just now.

Also that other big sporting event that lasts a month! In the case of the World Cup, though, we blame the U.S. Men’s team for not qualifying.

We doubt you actually forgot that this school shooting occurred—one of more than 300 mass shootings in America in 2018—but due to that massive number and the ubiquity of some of the Parkland students at rallies and events since then, you might’ve forgotten that it only took place in February.

After the wave of #MeToo that started last fall, more people have come forward with stories of sexual assault, abuse, and rape. Though the allegations against Aziz Ansari are far from the biggest or the only such ones made this year, they are among the oldest, with the Babe report publishing on Jan. 13. It’s cool though, his spring 2019 tour doesn’t kick off until Feb. 6, so he at least waited a year before reappearing on stages.

We’re still using The Dress as a cultural touchstone (that was in 2015, people), so it’s not surprising that its auditory equivalent is getting passed over already. But here’s your reminder that for at least a few minutes way back in May, you were shoving your earbuds deeper into your ear holes and desperately trying to figure out what sorcery was making your brain hear Laurel or Yanny.

What do you hear?! Yanny or Laurel pic.twitter.com/jvHhCbMc8I

The Rick and Morty episodes calling for the return of this Mulan-era promotional condiment weren’t from this year, but a batch of the stuff finally made its way into fans’ hands in February after a long and arduous and occasionally violent wait. Our review? It was profoundly meh.

I know 2016 really felt like the brutal year for celebrity loss—losing David Bowie, Prince, and Gene Wilder really took a toll—but 2018 has not been particularly kind either. Consider the following list of celebrities who died in 2018:

The animal kingdom didn’t fare much better: We also mourned Big Bird when actor Caroll Spinney retired in October, and Koko the Gorilla died in June.

There’s nothing like awards season to make you do a few double takes about premiere dates. No matter what genre of entertainment you prefer, we can virtually guarantee you didn’t get to listen to or watch or play everything you intended to, and yet some of your Spotify favorites are by now so well-worn you’d swear they came out a decade ago.

Octopath Traveler and Dragon Quest and God of War came out this year.
I'm so confused at this. pic.twitter.com/pU3oQh8WsN

Yikes, I'd forgotten Mute came out this year.https://t.co/GnNgB01R3A

Perhaps the most surprising 2018 release to reminisce upon was Marvel’s Black Panther, which hit theaters in February, contrary to literally everyone’s recollection.

It is truly insane to me that BLACK PANTHER came out this year.

Wait so Black Panther came out this year? It feels like it’s been forever

But even if time has gone completely wibbly-wobbly, it’s good to know there are some constants you can rely on—like, don’t believe everything you read on the internet.