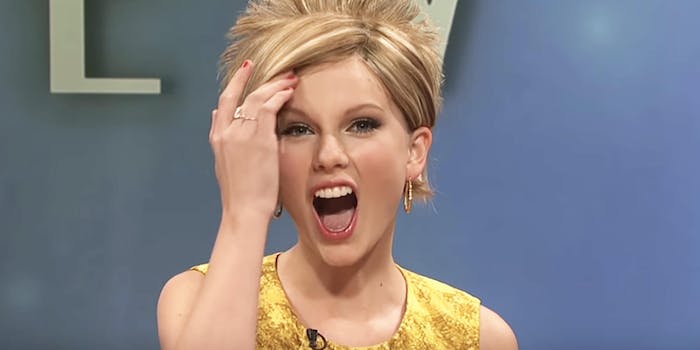 What does it mean to be a ‘Karen’?

You’ve probably seen her online, or in the news, typically after going viral due to public tantrums fueled by her perceived, deeply ingrained victim mentality. You may have even encountered her in real life, making a scene and demanding to speak to a manager at places like Starbucks or Target. She tends to be white, middle-aged, upper-middle-class, and is often known for wearing her hair in a close-cropped, blunt, assertive style. She may drive an SUV, or engage in multi-level marketing schemes selling essential oils or leggings. She almost definitely has a “live, laugh, love” placard somewhere in her home. Yes—we are indeed talking about “Karen,” and you likely even know one yourself!

Karen is sometimes known by other names, such as BBQ Becky, Permit Patty, or Cornerstore Caroline—as the variety of Karen who calls the cops on people of color who happen to be minding their own damn business. Not every Karen is one of these variations, but every one of these variations is, most certainly, a Karen.

Heather Suzanne Woods, a meme researcher and professor at Kansas State University, recently told the Atlantic that the defining essence of a Karen is “entitlement, selfishness, and a desire to complain.” These women “demand that the world exists according to her standards with little regard for others, and she is willing to risk or demean others to achieve her ends.”

Karen memes in the age of COVID-19

It is, for this reason, why it seems as though we’re suddenly living in the golden age of Karens. When the coronavirus pandemic forced cities and states across the country to impose social distancing guidelines, the Karens did not like this.

Karen—who tends to lean anti-vaxxer, naturally—just wants to get her hair and nails done. She wants to go shopping and go out to eat. And she most certainly doesn’t want to wear a mask while doing so—nor does she want the working-class people who serve her to wear them, either.

One such so-called Karen went viral during a Michigan reopening protest in April, in her justification of blocking essential healthcare workers from getting to the hospital to treat COVID-19 patients.

“It’s time for our state to be opened back up. We’re tired of not being able to buy the things we need, go to the hairdresser, get our hair done,” she said in an interview. “The sick are being taken care of, if you’re sick, stay home in your house. The ones that can work need to work.”

Yet, despite this evidently cavalier attitude toward the virus, Karens were typically the ones blamed for hoarding items like toilet paper and hand sanitizer early into the pandemic, as illustrated by no shortage of memes found on Reddit.

And then, in the midst of [gestures wildly] all of this, the Central Park incident occurred. On May 25, a woman named Amy Cooper became involved in a verbal altercation with a Black man named Christian Cooper (an avid bird watcher) who simply asked her to leash her dog, in accordance with the clearly posted signs in the bird-watching retreat known as The Ramble in New York City’s famous public park.

When Amy Cooper quickly became belligerent with him, Christian Cooper started filming the interaction. “I’m going to tell them there’s an African-American man threatening my life,” she said, in the viral video that Christian Cooper’s sister Melody later posted to Twitter, before placing a hysterical 911 call. (Coincidentally, the story broke the same day a Minneapolis police officer murdered an innocent Black man by kneeling on his neck.)

“Oh, when Karens take a walk with their dogs off-leash in the famous Bramble [sic] in NY’s Central Park,” Melody Cooper wrote, only further cementing the online “Karen” lore.

As the drama unfolded in real-time, Cooper was placed on administrative leave from her job and was also forced to surrender her dog to the Abandoned Angels Cocker Spaniel Rescue—as she was seen in the video dragging the poor animal by its collar and essentially choking it. On social media, Cooper predictably earned the nickname “Central Park Karen.”

Where did Karen as a slang term originate?

Though just now seeing mainstream notoriety, “Karen” has been around for quite some time. You may have also seen it on websites like “I Can Has Cheezburger?,” where users share memes from the perspective of dogs and cats. In September 2019, Tropical Storm Karen inspired a plethora of jokes and memes online.

The top definition on Urban Dictionary, dating back to November 27, 2019, describes a Karen as someone who drives an SUV to carpool her kids to soccer practice and will sue the ref for making a wrong call. This Karen supposedly loves to post-workout selfies to social media, and “after a long day of talking to managers and driving her kids around she sits down with her mom friends at book club and drinks lots and LOTS of wine.”

“Oh my god Karen do you really have to talk to the Burger King manager every time they forget to give you a ketchup packet,” the entry provides, as an example. “LOL! Yes!! I have to Facebook and instasnap it to all my friends to make sure everyone knows to watch out LOL!!!”

No one is precisely sure where it originated as an online term, however, many point to a Reddit user “Fuck_You_Karen” who—in a since-deleted account—would rail against his ex-wife in scathing albeit amusing diatribes.

This gave an Irvine, California teen inspiration to create a subreddit of the same name, which has only grown in popularity since its creation in December 2017. Currently, r/FuckYouKaren (which uses a photo of Kate Gosselin, the unofficial patron saint of Karens, as an avatar) boasts over 600,000 members, who share various Karen-related memes, often (but not always) about current events.

Others point to a 2005 bit by comedian Dane Cook called “the friend that nobody likes” as the source of the nickname. In the clip, which has been viewed over 1.3 million times on YouTube, Cook explains that every group of friends that “nobody fucking likes,” and that person, in Cook’s mind, just so happens to be named Karen.

“Example: Karen is always a douchebag,” says Cook. “Every group has a Karen, and she’s always a bag of douche. And when she’s not around, you just look at each other and go, ‘God, Karen!’ she’s such a douchebag.”

And of course, we can’t forget the contribution of the 2004 film Mean Girls, who had a ditzy blonde character named Karen Smith (Amanda Seyfried) who went on to inspire the “Oh My God, Karen, You Can’t Just Ask Someone Why They’re White” meme, according to Know Your Meme. It’s worth mentioning that Karen Smith would almost definitely be a grade-A Karen in 2020.

So while there may have been no single “defining” Karen moment, we can probably thank all of these pop culture and web culture moments that contributed to the woman, the myth, the legend.

With the rise of the term Karen, there has inevitably been some backlash, as many (assumed Karens) claim that the term is sexist. The controversy came to a head in April 2020 when Julie Bindel, feminist and co-founder of the law reform group Justice for Women, posed the question to her Twitter feed: “Does anyone else think the ‘Karen’ slur is woman-hating and based on class prejudice?”

Her comments were, uh, not well received, and the tweet was quickly ratio’ed while others tweeted their thoughts on the subject.

LGBTQ counselor and United With Pride co-chair Karen Pollack agreed with the others. “As a Karen can I officially set the record straight, Karen is not a slur,” she wrote in a tweet. “And if you don’t agree I need to speak to your manager.”

Pollack would not be the only Karen to find a sense of humor about her name, as other Karens have also been known to joke about the designation on Twitter—including Scottish actress and filmmaker Karen Gillan.

Simply being named “Karen” doesn’t necessarily make you a Karen—so in other words, get over it, Karens.