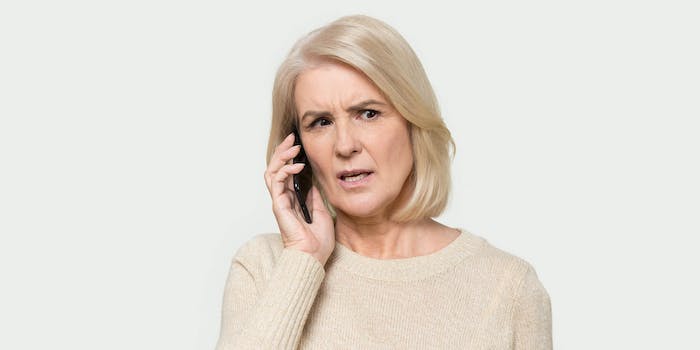 The term emerged following a woman's video about trying to get hydroxychloroquine.

The term “Qaren” is all over Twitter after a video posted by now-suspended Twitter user @MiaRubee married peak Karenness with QAnon Trump worship.

Though her account is gone, other users managed to save the video, along with a screenshot of her Twitter bio. In it, @MiaRubee claims to have been left so angry she was shaking after her doctor refused to write her a “just in case” hydroxychloroquine prescription.

When the doctor tried to explain that Trump is wrong about the safety and efficacy of the drug in treating Coronavirus, apparently getting quite heated up about it, @MiaRubee became enraged at his questioning of the president’s “facts”. Claiming the doctor had fallen victim to ‘Trump derangement syndrome”—something Q types use to describe people who oppose or criticize the president—she went on to say that she tried to educate him with “real facts” but that there is no getting through to “these people.”

The video ends with the claim that the doctor is denying her her legal “right to try” (something that only applies to people suffering from terminal conditions wanting to try experimental treatments) and appealing to the president or another authority higher than the state government for help.

This isn’t the first time “Qaren” has been suggested as a name for QAnon-spouting Karens. However, something about the whole incident finally let it take off and get the recognition it deserves, with political consultant and writer Rick Wilson even adding it to Urban Dictionary.

Unfortunately, the “don’t say Karen” brigade have now latched onto it, trying to redefine Karen as something that couldn’t possibly include people like them in the process.

Remember: Karen = an entitled, privileged, and almost certainly racist white woman who delights in speaking to the manager.

Qaren = all of that but with QAnon beliefs sprinkled over the top.