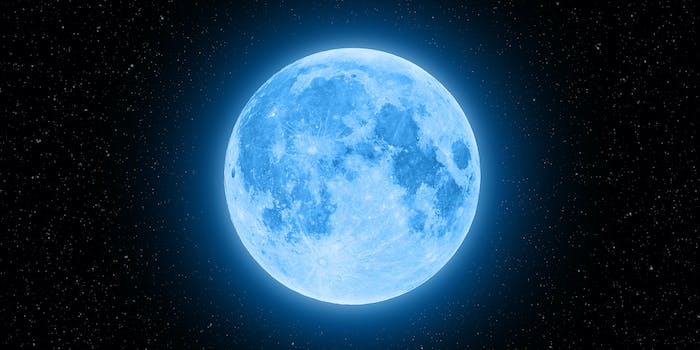 This week in internet culture: Cyberpunk 2077 and a blue moon

The Mandalorian returns with a big plot twist. In today’s Internet Insider:

A Wild, Wet Week For The Moon

Our only natural satellite is getting a lot of attention this week. First, there was the highly-anticipated discovery from NASA that there’s water on the moon. The memes wrote themselves (moon’s wet, wet ass moon, etc.) Then, news broke that Oscar Isaac was in talks to play the Marvel superhero Moon Knight in a Disney+ series. Now, we’re about to get a blue moon on Halloween night, which also happens to fall on a Saturday this year.

A full, wet moon, visible in all time zones, on a weekend! It’s a dream occurrence for both witches and those who love all aspects of All Hallows’ Eve—including the parties. If this was a semi-normal year, the parties would be phenomenal. As an added bonus, daylight saving time ends on Nov. 1, meaning we get an extra hour of sleep. One extra hour of celebrations, if this wasn’t also 2020.

Whether you revel in slasher-fueled gore or prefer to hold your breath through every moment of a suspenseful buildup, there’s a horror genre made for you. Shudder caters to the fan who likes it all, so if you’re feeling this October vibe, you should check the service out for your spooky streaming marathons. Here are the best movies on Shudder right now. Read more.

CD Projekt Red delayed Cyberpunk 2077 again. On Tuesday, the official Twitter account for the open-world action role-playing game announced that Cyberpunk’s release date would be moved from Nov. 19 to Dec. 10, given challenges with shipping the game simultaneously across current- and next-gen consoles.

Besides reportedly pushing employees to work overtime to finish the game on time, Cyberpunk 2077 has another big issue: its transphobia. First, publisher CD Projekt’s tone-deaf social media presence shook trans gamers’ confidence in the company, particularly after the Cyberpunk 2077 Twitter account tweeted a transphobic joke. Then during E3 2019, CD Projekt Red’s gameplay preview featured a deeply transphobic advertisement for an in-universe product called “Chromanticore.” That ad features a trans feminine person in a bodysuit with a bulging erection. Above, the ad invites the viewer to “Mix It Up,” implying that the trans character’s genitals and gender are “mixed up.”

Everything’s Fine, comedian Sarah Cooper’s new Netflix special, positions her as the anchor of the titular morning show. She smiles through the bad news, trying to keep the dread just out of frame. It’s a variation on what Cooper is now famous for: lip-syncing Donald Trump’s speeches and interviews, making the president’s word salad into something edible and digestible while pointing out its absurdity.

Though Cooper’s published books and done standup, her videos, originally posted to TikTok, pushed her onto a bigger, more politically divided stage, just as the pandemic rolled in. So how does her front-facing mimicry translate in Everything’s Fine? Essentially, as filler material. Cooper does a few Trump bits and branches out to Melania and Ivanka, but it reads like she’s doing them out of contractual obligation.

“Last Friday before the end of the world fam, what are we rocking out to?”
—David Covucci, politics writer