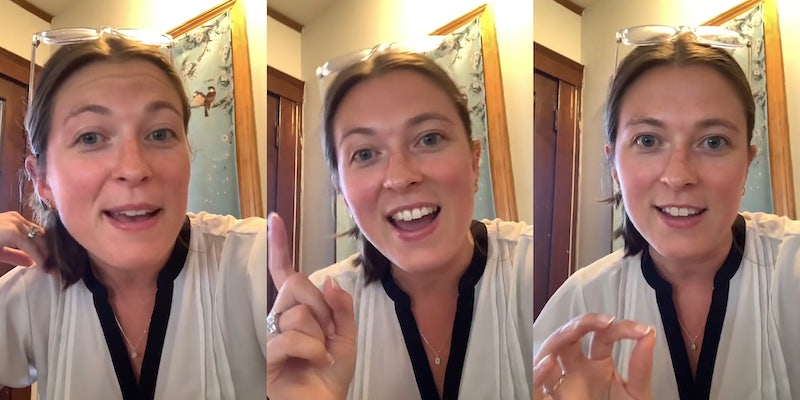 ‘It was a template used by anyone in the company’: Travel agent’s ‘condescending’ out-of-office email reply sparks debate

'I feel like that's just smart marketing for a travel agent?'

A TikToker and travel agent went viral after claiming that one of her customers accused her of being “condescending” in an out-of-office email.

The video features the creator, Syd (@stillpoorandhungry), as she recounts the event to her 33,600 followers.

Syd explains that the customer claimed her out-of-office email was the most “condescending” email she’s ever received. The TikToker notes that her email listed what she was doing while she was away with a few photos, in addition to the standard email requirements (the time she will return to the office, and a person to contact in the meantime).

“What was so condescending you may ask?” Syd says. “It wasn’t just ‘hey, Thanks for the message. Here’s the day and time that I’m back. Here’s a person. Thanks.’ I put what I was actually doing.”

The woman allegedly found it condescending because it was “rubbing it in the face of anyone who wasn’t also on vacation,” according to the TikToker. Furthermore, Syd says the client accused her of calling her “lower class,” even though Syd planned the woman’s vacation to Paris.

“It was even more wild because it was a template used by anyone in the company,” the travel agent added in the caption.

The video has been viewed over 118,000 times as of Sunday. A debate developed in the comments, with many siding with Syd.

One user thought it was a smart strategy, especially considering she worked at a travel agency. ”I feel like that’s just smart marketing for a travel agent?” they said. “Like, ‘Look how much fun I’m having, your next trip could be here too!’”

“People are SOOOO creative with what they come up with to complain about it’s almost amazing,” another added.

Other users shared their experiences dealing with people like the lady.

“Someone once told me that my outgoing voicemail recording was rude because i said ‘i will call you back at my earliest convenience,’” one person shared.

“Someone called my sister-in-law classist once because she was posting pool pics on her day off,” a second wrote.

“She had a point,” one person commented.

A further TikToker argued that it was appropriate for internal emails, but not external communications. “I’ll put what I’m doing (eg visiting family, on vacation) on internal OOO replies sometimes but not for external,” they said. “I feel those are better succinct.”

The Daily Dot reached out to Syd via email and TikTok comment.