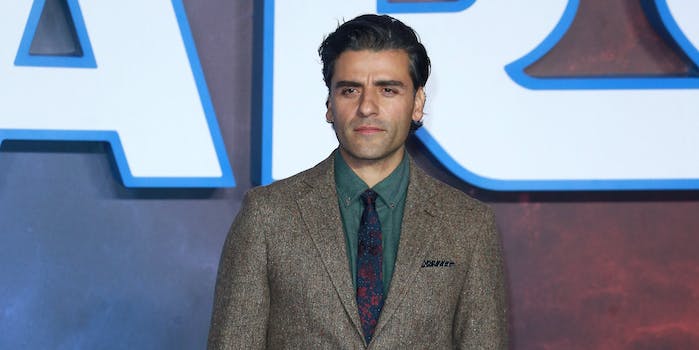 The timing couldn't be more coincidental.

Today is a great news day for the moon and, as an extension, just about anything lunar-themed. First, NASA announced a new discovery on the surface of the moon. Then, Kid Cudi teased his long-anticipated album titled Man on the Moon III. Director Roland Emmerich is starting production on a new film called Moonfall. And we may now know the actor portraying Moon Knight, one of the many Marvel superheroes getting their own Disney+ TV series.

The latter-most bout of lunar news is the most surprising, but it’s also the most welcome one. First reported by Deadline (and confirmed by other outlets such as The Hollywood Reporter and Variety), Oscar Isaac is in talks to play the Marvel superhero Moon Knight. Marc Spector, aka the alter-ego of Moon Knight, is a Jewish mercenary who gets his powers from the Egyptian moon god Khonshu and uses his powers to disguise himself and take down a criminal underworld.

Isaac is just the latest star to be cast in Marvel’s growing Disney+ universe (that will eventually cross over into the larger MCU), which includes Iman Vellani as Ms. Marvel and Tatiana Maslany as She-Hulk (although Maslany has since denied that news). And for Isaac, it’ll be his third time playing a Marvel character after portraying Apocalypse in X-Men: Apocalypse and his cameo as Spider-Man 2099 in Spider-Man: Into the Spider-Verse.

Information on the Moon Knight series is otherwise limited apart from the involvement of Jeremy Slater (The Umbrella Academy) as the series’ head writer. Marvel is in the process of finding a director for the series.

What a hell of a Lunar Monday; the only way it could get even more celestial is if there was also a full moon in the forecast tonight. (In the U.S., the next full moon falls on Halloween, which, at this point, is close enough.)