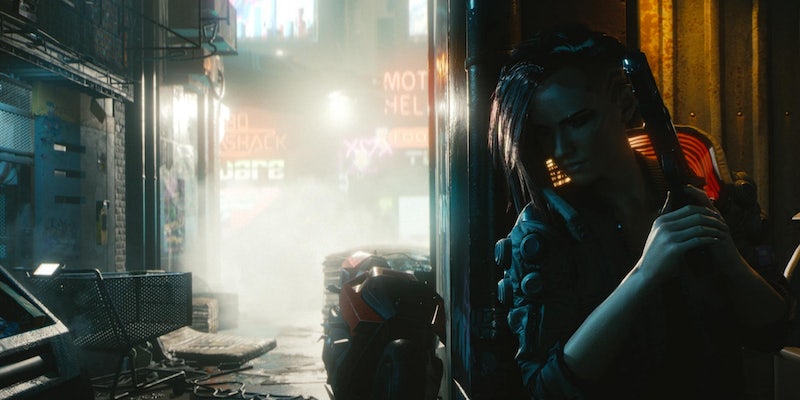 Gaming distributor GOG is under fire again over transphobic joke

Amid President Donald Trump’s latest attack on transgender rights, digital distribution platform GOG.com is under fire for an insensitive remark from the company’s social media team. In its latest misstep, GOG used a trans rights hashtag to make an “edgy” joke about PC gaming, and the team’s apology leaves much to be desired from transgender users.

Controversy sparked on Monday after GOG used the hashtag #WontBeErased in a pun, claiming “Classic PC Games #WontBeErased on our watch.” The hashtag references the transgender community’s response to a new memo circulating in the Trump administration that would define trans peoples’ gender identities in relation to their sex assigned at birth, not their gender. It would also erase federal anti-discrimination protections for transgender men, women, and nonbinary people nationwide.

GOG wasn’t just aware of all of this, it seemed to pride itself on using an incredibly sensitive hashtag for a quick joke.

“Yeah, how’s that for some use of hashtags,” GOG quipped in a since-deleted tweet.

It didn’t take long for the gaming community to criticize GOG’s “joke” and deride it as hurtful and woefully out of touch with the store’s customers.

And what do you know, they even hijacked a trans hashtag to do so.

Whoever has the keys to GOG's social media channels needs to get bounced. That's twice they've been transphobic. Once with a shitty meme and now co-opting a hashtag for trans rights to sell games. FFS

>GOG tried to piggyback on a trans rights hashtag for free advertising
more and more I'm feeling like social media should be exclusively for individual, because companies are proving repeatedly that they shouldn't be here. pic.twitter.com/G4cxRIiQ5K

I’ve continually asked GOG and CD Projekt exactly what the fuck is up with their social and at this point I honestly am just gonna Occam’s Razor it.

Some Twitter users are outright closing their accounts and refusing to buy from GOG ever again.

@GOGcom really? Trans people are on the verge of losing all our civil rights, so you decide to appropriate our message of resistance so you can sell games? It will be a VERY long time before I buy anything else from your company. pic.twitter.com/WjzCRVzMYL

never buying another game on GOG ever again. I suggest others do the same https://t.co/dEOTaaypxK

I thought I was over GOG's attempts at being edgy, but mocking a trans hashtag in response to yesterday's news is a new low for them. I'm done giving them my money.

GOG’s Twitter account has a lengthy history with insensitive tweets, including one making fun of people with STDs and another referencing a pro-GamerGate joke about games journalism in Postal 2. Popular gaming news site VG247 even pulled support from the distributor over the latter tweet, calling it a “dog whistle that panders to [the] hate group GamerGate.”

This week’s tweet is also part of an ongoing problem with GOG’s parent company, CD Projekt. The gaming publisher also came under fire earlier this year over a transphobic joke about misgendering from Cyberpunk 2077’s Twitter account. While CD Projekt later deleted the tweet, the company’s response was met with disdain for merely stating “sorry to all those offended” instead of taking responsibility for the harm done.

So it comes as no surprise that, once again, GOG is fueling its own controversy over a non-apology that has been called “infuriating” and “tone deaf.” In a tweet from this morning, GOG stated that yesterday’s tweet was “neither intended as a malicious attack, nor as a comment to the ongoing social debate.” The Daily Dot reached out to both GOG and CD Projekt for comment but did not receive a response.

Yesterday, we posted a tweet containing a trending hashtag as a pun. The tweet was neither intended as a malicious attack, nor as a comment to the ongoing social debate.

GOG should focus only on games. We acknowledge that and we commit to it.

It’s the 2077 “apology” all over again. “Sorry you were offended” is not an apology, it’s placing blame on the marginalized

They used a hashtag about how the US government might stop legally recognising trans people to make a "joke" about DRM. That sounds like a pretty big problem for a lot of people.

Trying to figure out if the GOG apology is more infuriating than the people responding that they have no reason to apologize.

this isitn an apology its hardly even an admission of guilt. More this is a part of a disturbing trend out of CDPR/GOG to make hurtful jokes towards groups most at risk. https://t.co/Za2LHT8GNj

Bravo. Once again you put the blame on those who took offense instead of showing some backbone. Disappointed, but sadly not even surprised anymore at this point.

Love to ignore context and make tasteless jokes for the lulz.

That's me done with GOG. https://t.co/vb6ogEqsML

MRW reading this non-apology that puts the blame on those who's livelihood you essentially made fun of for likes. pic.twitter.com/RwIRdZvIBd

Some wonder if GOG is purposefully causing controversy and issuing non-apologies to gain interest from GamerGate and other far-right movements.

I urge everyone that follows me to cancel their GOG account. The attached image is a now-deleted tweet from them. They've had weird transphobic and gamergate dog whistles for a bit, and this is the final BS straw. I support trans/non-binary people forever pic.twitter.com/nce1wjVKqF

Non-apology from @GOGcom. Using "we want to only focus on games" GG dog whistle excuse. No info on if they fired their social media manager

I haven't bought anything from GOG in a year anyways, and only get the free games

Between CDP and GOG, this is the third time in recent memory. Be a jerk, post a vague apology, promise to do better,… and then don't. How is this any different?

I'm sure Cyberpunk 2077 will be great, with how understanding y'all have been toward folks who don't conform…

While GOG’s controversial tweets are a problem in their own right, the company’s behavior raises questions about GamerGate’s future in the industry.  In a thread on the popular GamerGate subreddit r/KotakuInAction, GamerGaters have vehemently defended GOG’s tweet, with one upvoted comment calling trans people “mentally deficient” and another stating that trans people are “going apeshit.” It remains unclear whether GOG and CD Projekt are actively looking to court these far-right customers, but then again, the damage may already be done.