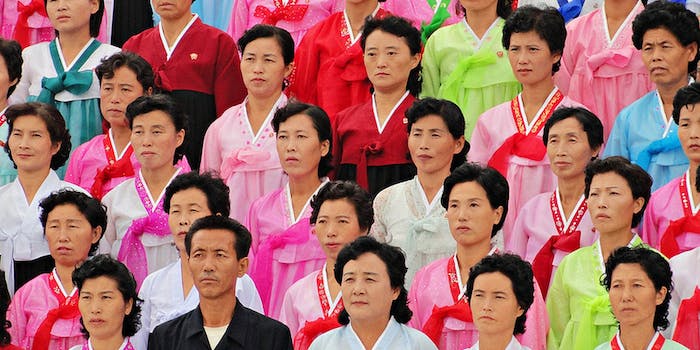 Members of the hacktivist collective claim to have breached North Korea’s closed intranet.

South Korean hackers with reported ties to Anonymous have released details regarding 13 North Korean “cadres,” or high-level operatives, according to Daily NK.

The group, according to Daily NK’s Park Seong Guk, is “citing the release as evidence that they are capable of hacking into North Korea’s key internet architecture.”

In North Korea, as with the military of most nations, age often translates roughly to authority. So, the fact that one of the individuals listed is in his mid-20s and two others are in their early 30s make the assertion that these are the North’s military elite far from airtight.

All 13 of the names belong to people living outside of North Korea. All but two people are located in China, specifically Jilian, the province bordering North Korea across the Yalu River. Two others have mobile numbers whose locations are unclear.

Anonymous had previously promised it would release documents the hacktivist collective claimed to have hacked from North Korea’s closed intranet on Tuesday, June 25. Now, Anonymous claims it will be releasing “tens of thousands of important North Korean documents on things like missiles and weapons” through secret-leaking site WikiLeaks.

“Preparation for access to the external World Wide Web through domestic North Korean intranet Gwangmyung is complete,” claimed one of the Anonymous accounts via Twitter. “We will implement it in accordance with North Korea’s attitude.”

What this means is… difficult to parse. But the Anon seems to be claiming that the group will make the Internet accessible to all of North Korea’s citizens, depending, in some fashion, on what the North Korean authorities do in the interim.