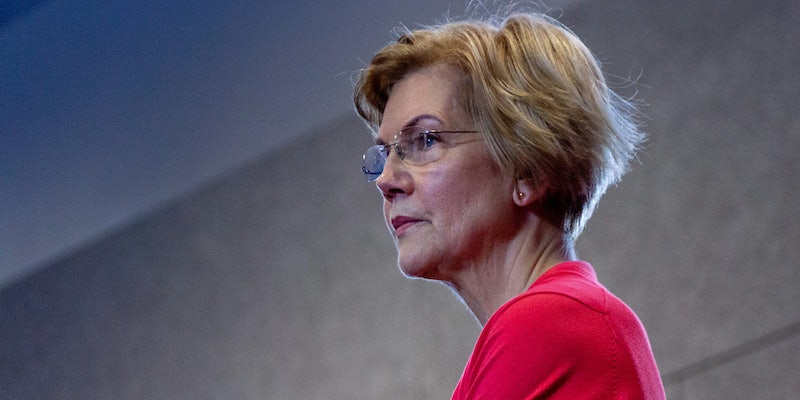 The senator and presidential hopeful made the call in a blog post on Friday.

The Massachusetts senator made her case in a blog post on Medium.

“Today’s big tech companies have too much power — too much power over our economy, our society, and our democracy,” Warren said in the post. “They’ve bulldozed competition, used our private information for profit, and tilted the playing field against everyone else. And in the process, they have hurt small businesses and stifled innovation.”

Warren said she hoped to pass legislation that would designate large tech platforms as “platform utilities” that would not be allowed to own both the platform and “any participants on that platform.” They would also, according to the senator’s plan, be required to meet certain nondiscriminatory practices and not be allowed to share data with third parties.

The threshold for becoming a “platform utility” would be a company with annual global revenue of more than $25 million, she wrote.

What I’m proposing is in line with our country’s history of antitrust laws—and it’s a big part of what has allowed our economy to grow and new companies to thrive. You can read more about how our plan is going to work here: https://t.co/2rWT0wJ8vD

“We must ensure that today’s tech giants do not crowd out potential competitors, smother the next generation of great tech companies, and wield so much power that they can undermine our democracy,” she wrote.