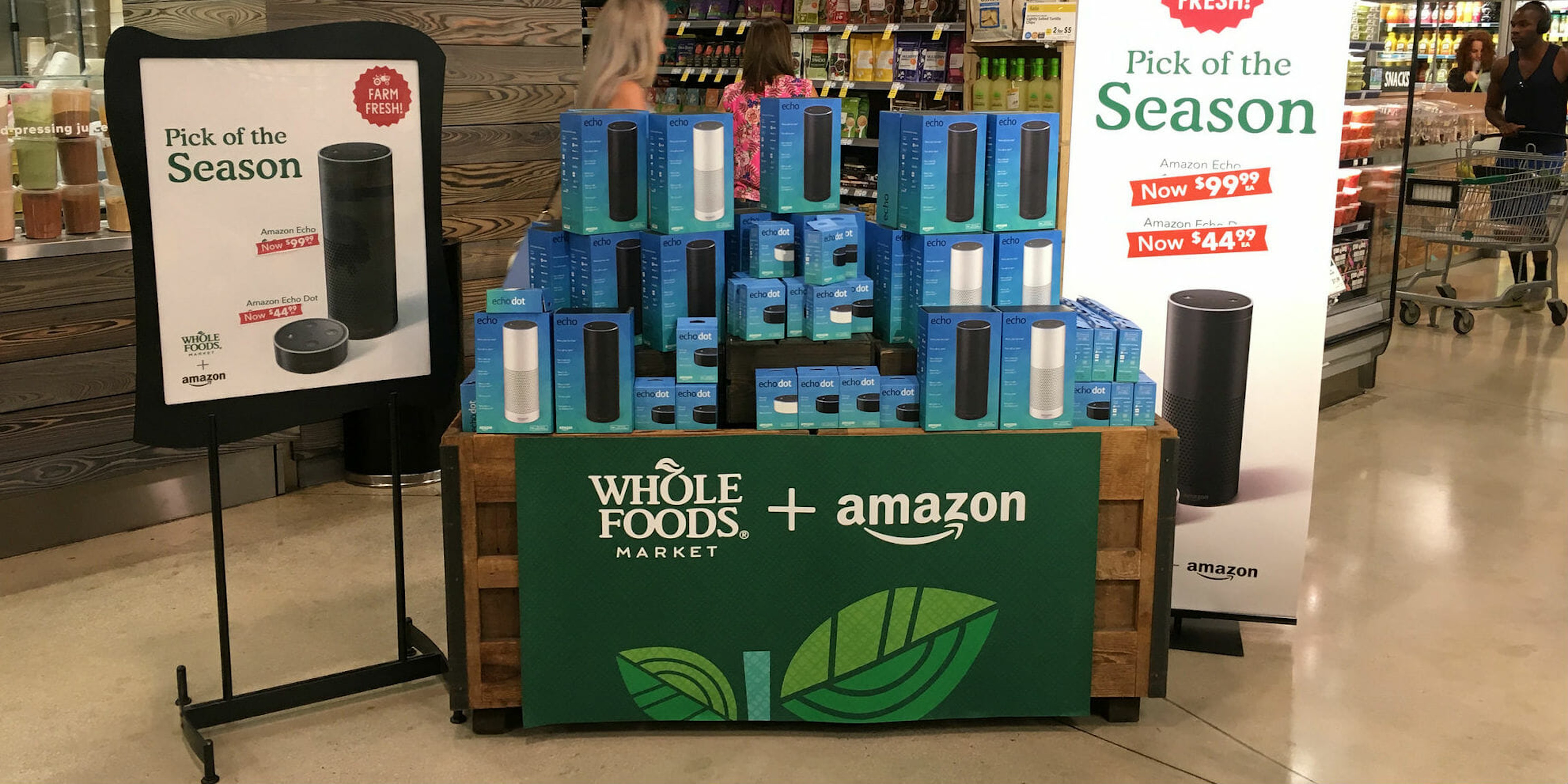 The program is starting in four cities before seeing a wider rollout.

Amazon didn’t hesitate to make changes to Whole Foods after acquiring it late last year. It immediately cut prices, stocked the shelves with Alexa-enabled speakers, and teased out Prime-exclusive discounts. Now it’s bringing its super-fast shipping service to the supermarket so customers can go organic in two hours or less.

Amazon announced today that it will start delivering Whole Foods items to select customers through Prime Now. The service allows Prime members to select free two-hour shipping on orders of $35 or more. A fee is added to smaller orders. Prime Now can be accessed through the dedicated Prime Now app or PrimeNow.com and carries household products, groceries, and electronics, among other everyday items.

Those familiar with the service may have already purchased Whole Foods’ private label, Everyday Value 365, which is already available on Prime Now in many markets. Amazon claims it will be adding “the vast majority of things that people buy most frequently.”

In Austin, where Whole Foods is headquartered (and where Amazon may soon join them), Prime members can already purchase flowers and chocolates as last-minute Valentine’s day gifts. There is even a “date night” section that features luxurious seafood like octopus, clams, and mussels. Interestingly, Austin-based Amazon customers can still make two-hour orders from Sprouts, one of Whole Foods’ biggest competitors.

It was only a matter of time before Amazon leveraged its shipping network as a means to incorporate its new acquisition. The move will put it in further competition with other grocery delivery services like Instacart, Shipt, and Postmates. Prime Now is similar to those services and will use Whole Foods as a depot for delivery drivers to pick up items. It’s not clear if rival grocery delivery companies will still be allowed to deliver Whole Foods items to customers.

Prime Now was first made available to customers in New York in 2014. It has since expanded to 32 cities throughout the U.S. Starting today, Prime customers in parts of Austin, Cincinnati, Dallas, and Virginia Beach can have Whole Foods orders delivered to their door between 8am and 10pm. The company will roll out the service to more cities later in the year.

“This is where we’re starting,” Stephenie Landry, vice president of Prime Now, told the Seattle Times. “We’re going to be expanding.”

With the newly opened cashierless Go store and Prime Now for Whole Foods, Amazon is doing everything it can to keep you from waiting at a checkout line.