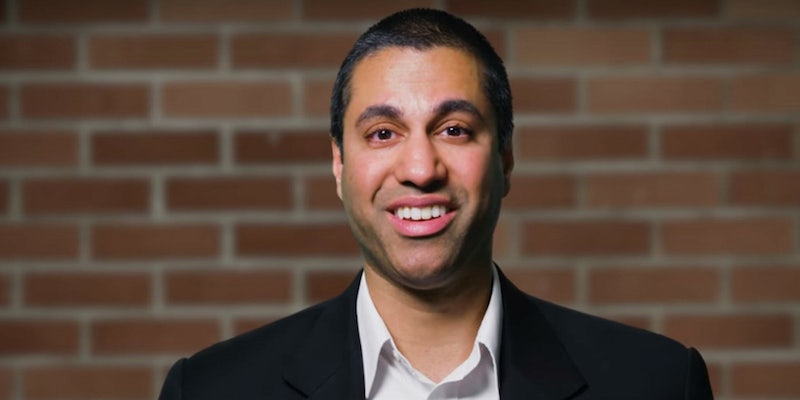 Hundreds of thousands of Americans had their identities misused.

If its plans to repeal net neutrality rules weren’t causing enough uproar, the FCC is now being criticized for ignoring an investigation into fake anti-net neutrality comments.

New York Attorney General Eric Schneiderman said on Tuesday that his team has been investigating who filed spam comments onto the Federal Communications Commission’s feedback system. More than 22 million comments were submitted during the review and researchers discovered the vast majority of them were fake. Even more concerning is that the fake comments were submitted with the names, addresses, and zip codes of real people who claim they never posted to the site.

Schneiderman hit out at the FCC in an open letter published Tuesday for its failure to assist in the investigation.

“[T]he process the FCC has employed to consider potentially sweeping alterations to current net neutrality rules has been corrupted by the fraudulent use of Americans’ identities—and the FCC has been unwilling to assist my office in our efforts to investigate this unlawful activity,” Schneiderman wrote.

After a six month review, researchers discovered that tens of thousands of New Yorkers and hundreds of thousands of Americans across multiple states likely had their identities misused to spread anti-net neutrality sentiment. Schneiderman said the incident is akin to identity theft happening on a “massive scale.”

“We reached out for assistance to multiple top FCC officials, including you, three successive acting FCC General Counsels, and the FCC’s Inspector General … Yet we have received no substantive response to our investigative requests. None,” he wrote.

Schneiderman is now urging the FCC to identify and hold accountable whoever illegally used the names to post comments. Likening them to foreign campaigns used to interfere with U.S. elections, Schneiderman argues the comments could give the wrong impression of the public’s attitude toward the FCC’s heavily-criticized proposal to repeal net neutrality.

“In an era where foreign governments have indisputably tried to use the internet and social media to influence our elections,” Schneiderman wrote, “federal and state governments should be working together to ensure that malevolent actors cannot subvert our administrative agencies’ decision-making processes.”