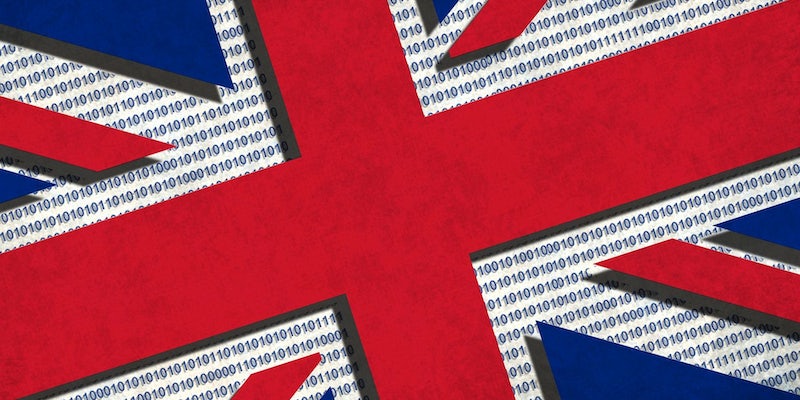 They don't want terrorists to 'be able to plot and communicate out of the reach of authorities.'

British authorities are taking a page out of the FBI‘s playbook and criticizing encryption for making it harder to spy on criminals.

Andrew Parker, director-general of the British internal security agency MI5, told the BBC that encryption meant that law enforcement officials “can no longer obtain, under proper legal warrant, the communication of people they believe to be terrorists.”

“It’s in nobody’s interests that terrorists should be able to plot and communicate out of the reach of authorities,” said Parker, whose agency is the British equivalent of the National Security Agency.

The British government is trying to build support for legislation that would force companies to turn over data on their users without the traditional elements of due process. Home Secretary Theresa May has asked major U.K. technology companies like Vodafone and British Telecom to meet with her to discuss the legislation. A source told the Financial Times that May wanted to present the bill to Parliament in October.

The so-called “snooper’s charter” would ban encrypted apps from operating in the U.K., a shot across the bow at popular services like Apple‘s iMessage platform and the security-conscious messaging app WhatsApp. The Liberal Democrats squelched a previous attempt to push through Prime Minister David Cameron‘s surveillance law, but the newly empowered Conservative Party is pressing ahead with it following its electoral victory in May.

Parker said in the BBC interview that MI5 wasn’t interested in “browsing the lives” of law-abiding U.K. residents, but his criticism of encryption echoes comments by FBI Director James Comey and other U.S. intelligence officials who have accused tech companies of aiding criminals and terrorists by strengthening encryption.

Some tech companies, including Apple, have responded to increasing user demands for privacy by encrypting user communications in a way that even the companies cannot break. When law enforcement officials serve these companies with a warrant for user data, they are not technologically able to comply. Some government officials, including Comey, have asked tech companies to provide “backdoors” into their systems to solve the problem.