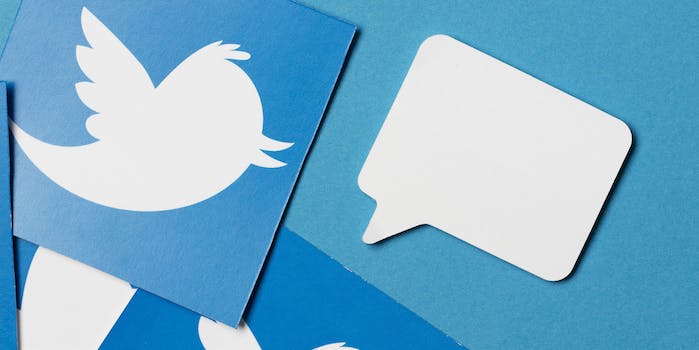 Twitter says it has been overstating user numbers for 3 years

Its count was off by more than 1 million users.

Twitter’s lackluster user numbers over the past few quarters were actually worse than we first thought.

The social site admitted it had botched its monthly active user count for the past three years, overstating its numbers by more than one million users in the past few quarters.

Twitter said it realized during the third quarter that it was including users of a third-party app in its total numbers. The service that mistakenly counted the extra users is called Digits, a platform Twitter sold to Alphabet earlier this year. It was allowing third-party apps to send authentication messages through Twitter that didn’t reflect actual activity on the site.

A quick readjustment of Twitter’s Q2 monthly active user count shows that the site actually lost around a million users. It previously said its growth was flat. Twitter claims it can’t readjust figures before the end of 2016 because of a policy on storing certain information.

While the counting error could damage Twitter’s fragile reputation, it didn’t appear to have an immediate impact on investors, as its stock rose 12 percent on Thursday morning. That silver lining can be attributed to impressive Q3 growth. The social giant surpassed analysts expectations with 4 million more monthly users (it claims) and a 14 percent increase in daily active users.

Twitter reported a net loss of $21 million—the smallest its seen since going public—and expects to turn a profit for the first time next quarter.

Twitter has made a number of changes to its site to address user concerns and expand its feature set. In September, it finally expanded its 140-character limit to 280 for some users. It hinted in its earnings report that it would roll out the change to more users, “We expect to see fewer tweets running into the character limit over time, and we’ll be sharing the results of this experiment publicly in the coming weeks.”

The company also recently released a calendar that shows all the policy changes it’s planning for the rest of the year—an effort to provide transparency into its decision making after receiving criticism for its seemingly unpredictable behavior.

Twitter’s 330 million monthly active users still pale in comparison to Facebook or Instagram, which have more than 2 billion and 800 million users, respectively.