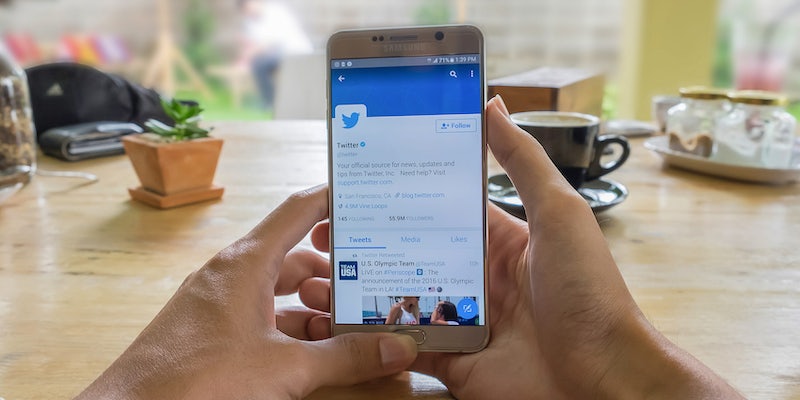 The new limit will first be tested by select users.

Twitter is finally doubling its character limit to 280 characters, at least, for some users.

The company announced today it would start testing the beefed-up posts in an effort to let people be more expressive. A small sample of users will be able to use the updated character limit before the company decides if it wants expand the feature to “everyone.”

The trial will be conducted on languages the company says are “affected by cramming,” or all except Japanese, Korean, and Chinese. The reason for excluding those languages is because they are more efficient, allowing users to fit more thoughts into fewer characters. A study conducted by Twitter found that 9 percent of users who tweet in English use the full 140-character limit, suggesting they’ve been forced to chop down a longer tweet to make it fit. In comparison, only 0.4 percent of tweets in Japanese use the full limit with the average length reaching only 15 characters.

Users have complained about the iconic 140-character limit for years, and Twitter has considered expanding it multiple times. In fact, a number of sources said Twitter was considering expanding the character count to 10,000 last year. Instead, it resorted to alternative methods for packing more ideas into one post, like creating a link shortener, adding tweet quotes, and removing photos from the calculation.

Created to mimic a standard SMS message, the condensed posts have become a staple of Twitter, forcing users to write with brevity. Over the years, Twitter users have used 140 characters to get a year of free chicken nuggets, make hashtags into one of the most important icons on the internet, and potentially submit a declaration of war against North Korea. But as its userbase stagnates, the social giant’s willingness to change continues to grow.

“We understand since many of you have been Tweeting for years, there may be an emotional attachment to 140 characters–we felt it, too,” Twitter admitted. “But we tried this, saw the power of what it will do, and fell in love with this new, still brief, constraint.”

Twitter CEO Jack Dorsey addressed the change in an awkwardly long tweet on Tuesday, claiming the platform retains its “brevity, speed, and essence.”

This is a small change, but a big move for us. 140 was an arbitrary choice based on the 160 character SMS limit. Proud of how thoughtful the team has been in solving a real problem people have when trying to tweet. And at the same time maintaining our brevity, speed, and essence! https://t.co/TuHj51MsTu

Originally, our constraint was 160 (limit of a text) minus username. But we noticed @biz got 1 more than @jack. For fairness, we chose 140. Now texts are unlimited. Also, we realize that 140 isn't fair—there are differences between languages. We're testing the limits. Hello 280!

“Our research shows us that the character limit is a major cause of frustration for people tweeting in English,” the company said in a blog post. “When people don’t have to cram their thoughts into 140 characters and actually have some to spare, we see more people Tweeting — which is awesome!”

While an in-depth study wasn’t really needed to recognize people’s frustrations with its restrictive character limit, it might just force the company to finally loosen its reigns.