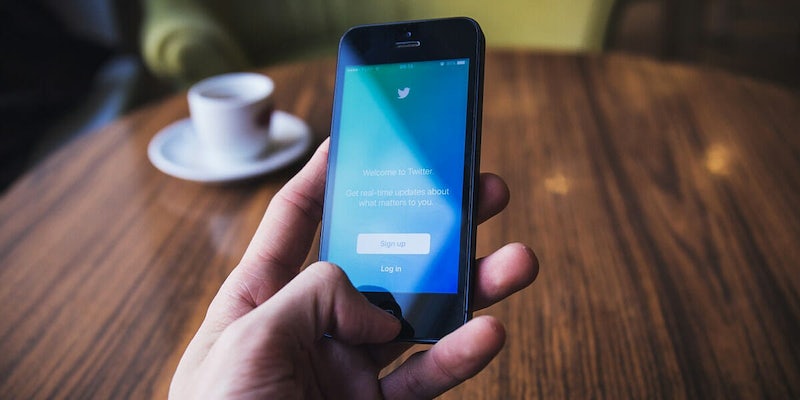 Here's what the person behind the hoax had to say.

A scary claim, circulating online, alleges that a new Twitter update will send users a notification when someone shares their tweets through a direct message. The claim is, in fact, a hoax.

It was all started by a 22-year-old recent college graduate, named Julian Epp.

The alleged notification states that one of Epp’s tweets had been shared in a DM by an account called “Horse Girls For Bernie 2020.”

In another tweet, Epp then claimed that President Donald Trump sent that tweet to someone via DM.

The claim, itself, is not only a hoax but the “Horse Girls For Bernie 2020” account doesn’t even exist, unfortunately.

That didn’t stop others from believing it to be true, though. “Pop Sirens,” a Twitter account focused on pop culture news, tweeted news of the fake update as if it were true.

The Daily Dot reached out to Twitter for comment but did not hear back by publication deadline. Shortly after, however, the Twitter Support account informed users that the alleged update was not to be taken seriously.

“You might have heard chatter about a new update that sends you a notification when someone shares your Tweet in a Direct Message,” the account wrote. “This is not true.”

You might have heard chatter about a new update that sends you a notification when someone shares your Tweet in a Direct Message. This is not true. For a roundup of the types of notifications we do send, check out our Help Center: https://t.co/OWRjJ9V8wX

Speaking with the Daily Dot, Epp said that he was surprised to see the joke have such an effect.

“It’s very funny that Twitter had to put out a statement correcting a joke about a Horse Girls for Bernie 2020 account,” Epp said. “But the fact that so many people believed that the feature could be real shows how many terrible features this site puts out.”

Epp added that he came up with the idea while struggling to sleep and intended to make the joke as obvious as possible. But it appears people took it seriously anyway.

“I woke up and couldn’t go back to sleep so I made it on my computer for fun, and then put the dumbest display name I could think of to show that it was a joke,” Epp said.

Epp, who recently obtained a degree in journalism, also requested that “someone give him a job.”