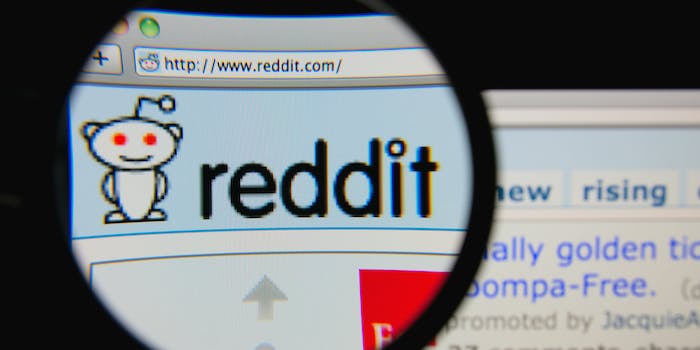 Reddit and Tumblr are the latest platforms to be called out by congressional investigators for their involvement in spreading misinformation during the 2016 presidential election. The two popular social networks join Google, Twitter, and Facebook—services that were publicly embarrassed last year when they testified in front of Congress to explain how they would prevent further election meddling.

The Senate Committee’s recent inquiries were set off by leaked documents reported on by the Daily Beast last week. Included in the leak was data about the Kremlin-backed Internet Research Agency, the same group accused of spreading propaganda on Facebook and Twitter. The documents revealed 21 Tumblr accounts created by the agency that spread misinformation about Hillary Clinton and President Donald Trump.

Sen. Mark Warren, the top Democratic member of the Senate Intelligence Committee, told the Washington Post that he “would encourage all of the social media companies to take a much closer look at how their platforms and services could be used to manipulate their users’ trust and attention.”

Senate Intelligence Committee staffers will reportedly meet with Tumblr soon and they already put in a request for information to Reddit after the site admitted to hosting propaganda.

Reddit CEO Steve Huffman, writing under the username Spez, said on Monday that the platform removed “hundreds” of suspicious accounts in 2015 and 2016 that spread ads promoting spam and initial coin offerings (ICOs). He went on to explain how Russian propaganda was amplified by thousands of Americans who were exposed to it through different topic pages, or subreddits. The well-known @TEN_GOP, a fake, now-suspended account created by Russian trolls was offered as an example.

Reddit will now block ads coming out of Russia and employ humans to review all ads on the site. But even those extreme measures won’t clean the site of bad actors. Huffman admits there’s no easy solution for expunging the site of propaganda, and that it will require a collective effort to minimize the effects of fake news.

“Between truth and fiction are a thousand shades of grey. It’s up to all of us—Redditors, citizens, journalists—to work through these issues,” he wrote. “I believe the biggest risk we face as Americans is our own ability to discern reality from nonsense, and this is a burden we all bear.”

Investigations into Russian election meddling have taken a toll on rival social networks. Facebook, which recently admitted that nearly 150 million Americans had been exposed to Russian propaganda, is in the process of overhauling its platform to discourage users from interacting with and sharing fake news. Twitter, on the other hand, is still sifting through tweets to determine how many users were exposed to bots. The latest count is up to 1.4 million.

If the prevalence of Russian propaganda is determined to be anywhere near that of other services, we could soon see radical changes to both Tumblr and Reddit.