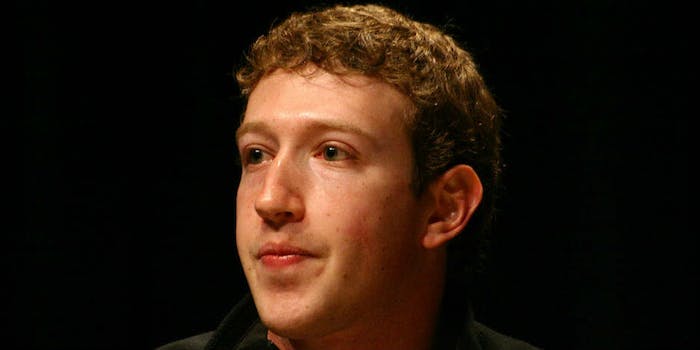 Facebook’s attempt to counter fake news is helping spread it

Media outlets are worried their coverage will be overshadowed by fabricated posts.

While it may not be immediately apparent, the 2 billion people who use Facebook will soon be logging into to a very different platform.

The social network is constructing what will be the largest News Feed overhaul in years—one that prioritizes friends and family over content from publishers. But as the New York Times points out in a new report, replacing news articles and viral videos with posts shared by friends won’t fix Facebook’s fake news problem. In fact, it could make things much worse.

In October, Facebook started testing a reworked News Feed that places non-promoted articles into a separate section. For publishers in the six trial countries—Bolivia, Guatemala, Cambodia, Slovakia, Serbia, and Sri Lanka—the changes were disastrous, some seeing user engagement plummet as much as 80 percent. That much was expected. What Facebook didn’t intend was for its changes to help spread fake news.

In one instance, a fabricated news story spread about a Muslim man who thanked someone for returning his lost wallet and in return, warned them of a planned terrorist attack. The story spread so wide that police were forced to issue a statement saying it wasn’t true. That’s when Facebook’s tinkering led to another problem: Authorities couldn’t reach their intended audience because they were posting from an official account.

In Cambodia, users still don’t know where to find trusted news as their leader attacks media outlets and political opponents, the report says. Facebook is no longer an independent source of information for people wanting to know what’s going on in the country. The same is happening in Bolivia where news site Página Siete, one of few outlets criticizing left-wing President Evo Morales, has seen traffic decline by 20 percent. What users see instead are posts written by those who can afford to promote them, like government officials, some of whom aren’t above posting their own fake news. During the national elections in December, one official reportedly posted that votes would only count if an X was marked next to the candidate’s name.

“Whoever has more money will appear more,” Vladimir Tirado, a social media expert in Bolivia told the Times. “In this sense, the government will certainly win.”

Facebook acknowledged the importance of its network in a statement to the Times.

“We have a responsibility to the people who read, watch and share news on Facebook, and every test is done with that responsibility in mind,” said Adam Mosseri, head of Facebook’s News Feed. “The goal of this test is to understand if people prefer to have separate places for personal and public content. There is no current plan to roll this out beyond these test countries.”

Facebook claims the wider changes it’s making to the News Feed are different from those being tested in these developing nations. Rather than relegating posts from professional news sites to an “Explore” section, the changes will likely be hidden deep inside Facebook’s algorithms. But they are made with the same intent: to bring Facebook back to its roots where users engage more with friends than publishers.

We’ve reached out to Facebook to learn more and will update this article if we hear back.