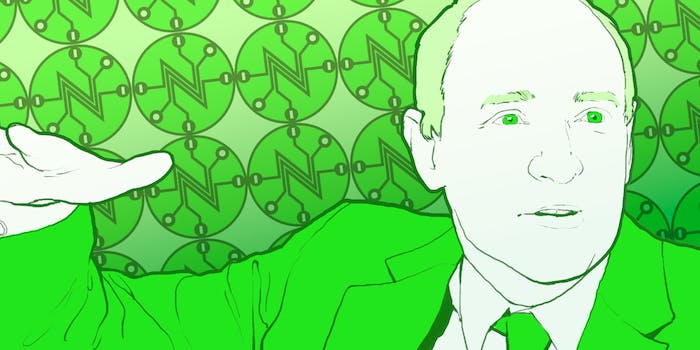 The proposed law, which is set for a vote on Tuesday, is a composite of three drafts authored by the European Parliament, the European Commission, and the EU Council, which met in June to reach a compromise over different versions of the net neutrality rules.

Net neutrality is the principle that Internet service providers (ISPs) should treat all Internet traffic equally, without discriminating against certain types of traffic over others. According to Berners-Lee, the new European law will do precisely the opposite, allowing companies to pay ISPs for preferential treatment, and giving ISPs permission to prioritize certain types of traffic at their discretion.

“When I designed the World Wide Web, I built it as an open platform to foster collaboration and innovation,” Berners-Lee wrote in a letter published by the World Wide Web Foundation on Monday. “The Web evolved into a powerful and ubiquitous platform because I was able to build it on an open network that treated all packets of information equally. This principle of net neutrality has kept the Internet a free and open space since its inception.”

Digital-rights organizations share Berners-Lee’s view that the proposed law contains several flaws, chiefly among them being a broadly defined “specialized services” exception that would allow ISPs to offer Internet “fast lanes” to companies at a higher cost. “If adopted as currently written, these rules will threaten innovation, free speech and privacy, and compromise Europe’s ability to lead in the digital economy,” wrote Berners-Lee.

Last year, the Federal Communications Commission proposed a similar “fast lanes” compromise for net neutrality, but the FCC later abandoned that effort in favor of reclassifying broadband services under Title II of the Communications Act of 1934, which requires ISPs to treat all Internet traffic equally.

The FCC’s reclassification is seen as a win for open-Internet advocates, but it continues to face legal challenges from the Internet-provider industry as well as conservative politicians, like 2016 presidential candidate and former Florida Gov. Jeb Bush, who see it as a burdensome regulation on the private sector.

Joining the activists behind the website SaveTheInternet.eu, Berners-Lee is urging lawmakers to adopt four amendments that he says “strengthen and clarify” the proposed E.U. net neutrality rules.

“These problems jeopardize the future of the startup innovation and economic growth in the EU,” the letter says. “We believe that the future of the open Internet in Europe is at stake and urgent action is warranted.”