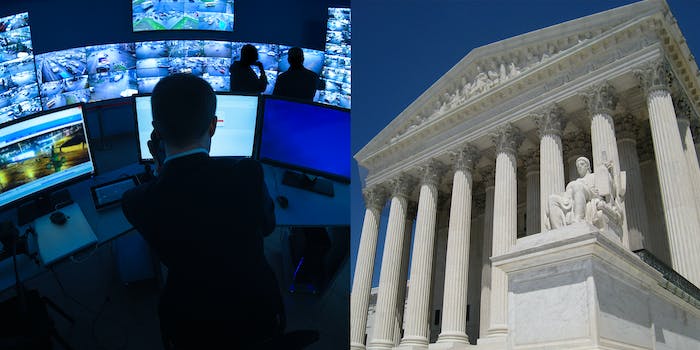 There are over 15,000 cameras in New York that police can use for facial recognition, study finds

The New York City Police Department (NYPD) has access to more than 15,000 cameras that it grabs images from and feeds into facial recognition software, a civil rights group has found.

Amnesty International enlisted thousands of volunteers to investigate the use of facial recognition technology as part of a “Ban the Scan” campaign launched this year.

The “Ban the Scan” campaign included having volunteers locate CCTV cameras across the city. Amnesty said it would show volunteers a Google Street View image of intersections in New York, and they would flag whether they saw CCTV cameras and what they were attached to, like a streetlight.

The group announced that it found the NYPD had 15,280 surveillance cameras in Manhattan, Brooklyn, and the Bronx. As the group notes, those borough’s combined account for almost half of all the intersections in the city.

“This sprawling network of cameras can be used by police for invasive facial recognition and risk turning New York into an Orwellian surveillance city,” Matt Mahmoudi, an artificial intelligence and human rights researcher at Amnesty International, said.

In a statement to the Daily Dot, an NYPD spokesperson defended the use of facial recognition as a “limited investigation tool” and said the department “does not and has never automatically run facial recognition tools against images collected by our security camera network.”

Amnesty International said the NYPD has used facial recognition technology as part of 22,000 cases since 2017, with half of those cases being in 2019.

Wish you knew how to pick wines? Let Firstleaf® curate for you

The wine world is vast and can be overwhelming, especially to those new to it. If you aren’t sure where to start, Firstleaf® can help. They collaborate with the finest winemakers to produce award-winning wine for 60% off retail prices and personalize each shipment based on your unique tastes.

At $13 a bottle, it’s affordable to explore everything from rosé to merlot. And Firstleaf® offers a 100% satisfaction guarantee, so if you don’t like a wine, you’ll get a credit to use on one you’ll like more. That means less time wandering the aisles at your local bottle shop and more time to relax and savor.

The U.S. Supreme Court limited the scope of a controversial anti-hacking law while overturning a former police officer’s conviction under the the Computer Fraud and Abuse Act (CFAA).

Nathan Van Buren, who was arrested after accepting payment from an FBI informant to search a police database in Georgia, had been charged with exceeding his authorized access to the network in violation of the CFAA.

In a 6-3 ruling, the court stated, however, that the 1986 law does not apply to individuals who improperly use systems that they are authorized to access.

In a statement on the ruling, Justice Amy Coney Barrett instead argued that the law applies only to those who access systems without authorization.

The ruling has dealt a major blow to the U.S. Department of Justice, which has repeatedly used the law to convict so-called “insider threats” who use their authorized access to computer networks for unapproved matters.

In statements to Gizmodo, the American Civil Liberties Union has heralded the ruling as “an important victory for civil liberties and civil rights enforcement in the digital age.”