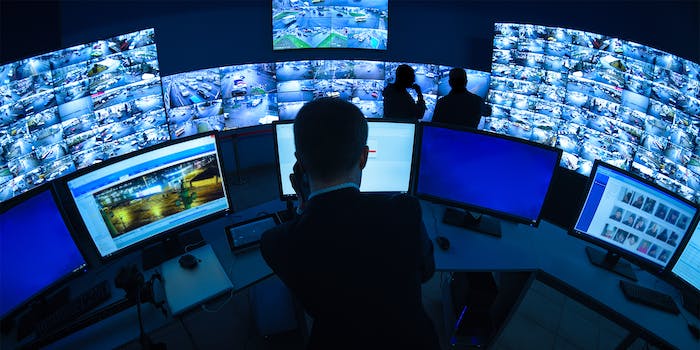 There are over 15,000 cameras in New York that police can use for facial recognition, study finds

The findings are part of a 'Ban the Scan' campaign.

The New York City Police Department (NYPD) has access to more than 15,000 cameras that they grab images from and feed into facial recognition software, a civil rights group has found.

Amnesty International enlisted thousands of volunteers to investigate the use of facial recognition technology as part of a “Ban the Scan” campaign launched in January.

The “Ban the Scan” campaign—which was spearheaded by Amnesty International, AI for the People, the Surveillance Technology Oversight Project (STOP), the Immigrant Defense Project, the New York Civil Liberties Union (NYCLU), and other groups—included having volunteers locate CCTV cameras across the city.

Amnesty said it would show volunteers a Google Street View image of intersections in New York, and they would flag whether they saw CCTV cameras and what they were attached to, like a streetlight.

On Thursday, Amnesty International announced they found that the NYPD had 15,280 surveillance cameras in Manhattan, Brooklyn, and the Bronx. As the group notes, those borough’s combined account for almost half of all the intersections in the city.

The volunteers who analyzed the images were from 144 countries, with around a quarter of them being from the United States, the organization said. Amnesty said the project would continue and collect data on Queens and Staten Island.

Last summer, the NYPD used facial recognition as part of its investigation into a Black Lives Matter activist.

With that as a backdrop, Amnesty International and the other groups launched the “Ban the Scan” campaign, which is starting in New York before expanding to other places in the future.

“This sprawling network of cameras can be used by police for invasive facial recognition and risk turning New York into an Orwellian surveillance city,” Matt Mahmoudi, an artificial intelligence and human rights researcher at Amnesty International, said in a statement. “You are never anonymous. Whether you’re attending a protest, walking to a particular neighborhood, or even just grocery shopping—your face can be tracked by facial recognition technology using imagery from thousands of camera points across New York.”

In a statement, an NYPD spokesperson defended the use of facial recognition as a “limited investigation tool” and said the department “does not and has never automatically run facial recognition tools against images collected by our security camera network.”

“If and when an image is run from any source, it has to do with a specific image of a suspect or suspects related to the investigation of a particular crime,” the spokesperson said. “Facial recognition tools do not, and never have, automatically ‘run in the background’ of our security camera network. To suggest that would simply be false. Where images are captured at or near a specific crime, comparison of the image of a suspect can be made against a database that includes only mugshots legally held in law enforcement records based on prior arrests.”

Amnesty International said the NYPD has used facial recognition technology as part of 22,000 cases since 2017, with half of those cases being in 2019.