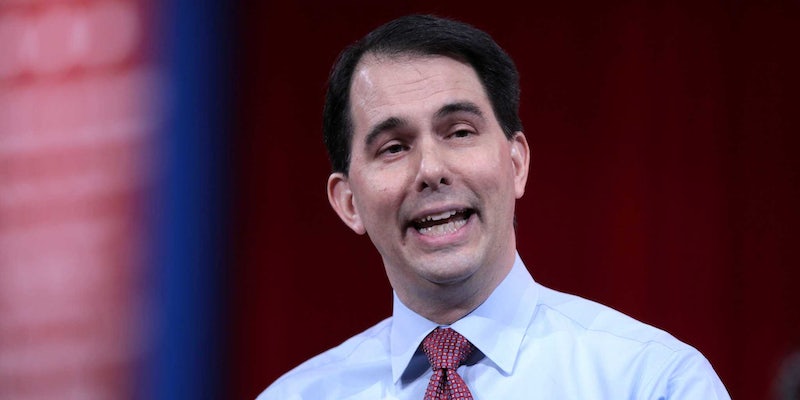 Walker joins an already crowded Republican field of 15 candidates, from former former Florida Gov. Jeb Bush to reality TV star Donald Trump. And like his fellow Republicans, Walker has found his Web presence trampled upon by activists who aim to subvert his political message.

Instead of being directed to a page where supporters can sign up for the candidate’s email list make donations, visitors to ReadyForWalker.com are directed to the website of Planner Parenthood Action, the political advocacy arm of Planned Parenthood.

The Walker campaign is the victim of a practice called domain-name squatting: Someone buys up a domain name they assume another person or organization will want sometime in the future. Typically, domain-name squatters are after money, hoping to get a payout in exchange for handing over the domain name. However, in this case, it looks like the goal of grabbing the domain was to troll the adamantly pro-life Walker by sending people to America’s most high-profile pro-choice group.

Whoever registered the domain opted for privacy protection, meaning we don’t know who’s behind the clever redirect; however, the Whois lookup reveals the registration took place in early April.

There is little love lost between Walker and Planned Parenthood. Planned Parenthood Advocates of Wisconsin called Walker “the most dangerous governor for women’s health,” due to his support for a state-level 20-week abortion ban, which that resulted in a closure of a handful of Planned Parenthood clinics in the state, the imposition of abortion restrictions, and the repeal of the state’s law promoting sex education.

This incident isn’t the first time this election cycle someone has used a 2016 candidate’s name to advocate for their own positions.