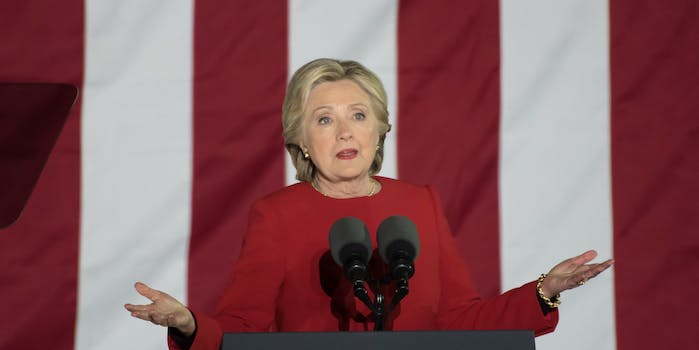 Big politics lesson: You can't win if people don't vote for you.

Supporters of Hillary Clinton have a new group to blame for handing Donald Trump the election: Voters who didn’t vote.

A new poll conducted by SurveyMonkey and shared with FiveThirtyEight found that more Democratic-leaning registered voters stayed home on Election Day than Republican-leaning voters. Had these voters turned out, the theory goes, Clinton would be getting measured for a new inauguration pantsuit.

The SurveyMonkey poll, conducted the first two days after Election Day (Nov. 9 and 10), was answered by 99,377 Americans, 3,604 of whom did not vote. FiveThirtyEight data whiz Harry Enten lays out three major findings from the survey:

Trump ultimately won the election by securing a greater number of electoral votes, but he lost the national popular vote by over 2.8 million votes. Had some 80,000 votes (out of more than 136 million) switched from Trump to Clinton across Pennsylvania, Wisconsin, and Michigan, Clinton would have won.

Alas, the election is over. Trump will be sworn in on Jan. 20.