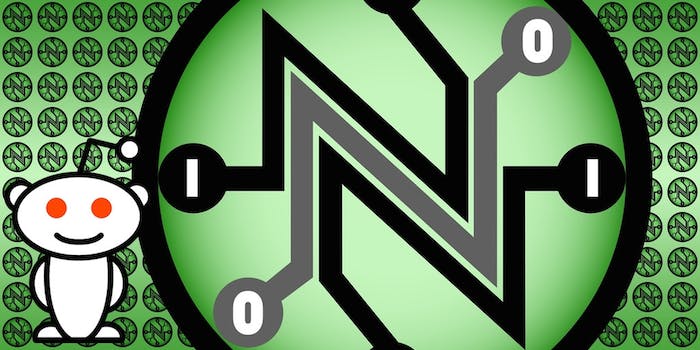 Reddit rallies its users to fight for net neutrality

An upvote for net neutrality.

As the political battle over net neutrality approaches a critical juncture, one of the most influential websites on the Internet is calling on its massive user base to take action.

Reddit, the 22nd most popular site in the U.S. and 58th most popular globally according to Alexa.com, encouraged its users call political leaders, sign petitions, write letters to local newspaper editors, partake in protests, and otherwise engage in democratic processes that expressed support for an open Internet. The call to action came in a Tuesday blog post titled “Only YOU Can Protect Net Neutrality.”

“If we all want to protect universal access to the communications networks that we all depend on to connect with ideas, information, and each other,” the post reads, “then we must stand up for our rights to connect and communicate.”

The provocation comes just days before Federal Communications Commission (FCC) Chairman Tom Wheeler is expected to unveil his new open Internet rules proposal, which the Reddit post describes as “a critical crossroads for the continued development of an open Internet.”

The need for new rules came about when a federal appeals court ruled in favor of Verizon and against the FCC in January. The decision said that the FCC did not have the authority to enforce net neutrality rules on Internet service providers because they are classified as information companies, which aren’t subject to the same restrictions as telecommunications companies.

Wheeler initially vowed to rewrite the rules to reinstate network neutrality but seemed to change course last month, when he reportedly planned to propose rules that would allow for an Internet “fast lane.” Public outcry—spanning grassroots protests to opposition from giant Internet companies like Google and Facebook—appears to have led Wheeler to back off the reported proposal, but there is still considerable doubt that the FCC intends to protect the open Internet.

One of the first suggestions in the Reddit blog post is to call the FCC directly about net neutrality, and there’s reason to believe that many are doing so. Upon calling the listed FCC number, on Tuesday evening, the first thing one hears is an automated recording that says, “If your call concerns the open Internet, please email your thoughts to [email protected]”

The FCC has not responded to our inquiries about the volume of calls and emails the agency has received about net neutrality in the past several weeks.

In addition to its pro-net-neutrality rhetoric, Reddit and its community are putting their money where their mouths are. The site’s cofounder, Alexis Ohanian, raised $20,000 in an online crowdfunding campaign, and used the money to place net neutrality ads at bus stops throughout Washington, D.C.

If the FCC does introduce a new rules proposal at its Thursday meeting this week, the public will have a period of time to weigh in on the proposal before any new rules are put in place. The entire process can take months, which is why the Reddit blog post encouraged people to take action now, but dig in for a long battle:

“It’s important to take action today and this week, but please know that protecting the Internet as we know it will be a constant and ongoing fight.”