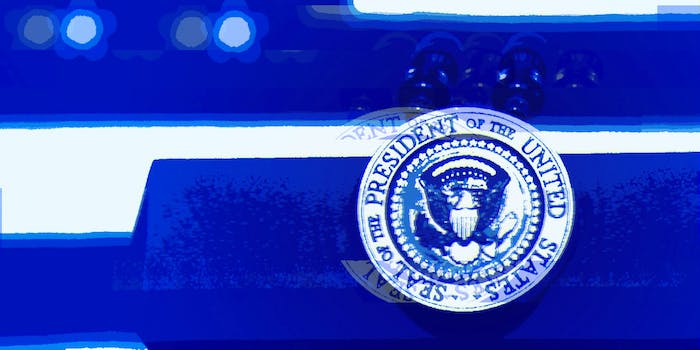 'As the campaign intensifies,' a senior U.S. official said, 'we’ll probably have more of it.'

Director of National Intelligence James Clapper said at a Bipartisan Policy Center event in Washington that officials had “some indications” of hackers trying to break into presidential campaigns’ computers. “As the campaign intensifies,” he added, “we’ll probably have more of it.”

Clapper added that the Federal Bureau of Investigation and the Department of Homeland Security were “doing what they can to educate both campaigns against potential cyber threats.”

The intelligence director’s office declined to provide any details about specific attacks or to further describe U.S. government outreach efforts to the campaigns.

“We’re aware that campaigns and related organizations and individuals are targeted by actors with a variety of motivations—from philosophical differences to espionage—and capabilities—from defacements to intrusions,” Brian Hale, a spokesman for the Office of the Director of National Intelligence, said in a statement.

An FBI spokeswoman declined to comment on specific cyber incidents affecting presidential campaigns. A DHS spokesman did not respond to a request for comment.

Congressional committees have requested intelligence briefings on the attacks because of their apparent severity, Reuters reported, citing a government source.

Hillary Clinton, Bernie Sanders, and Donald Trump‘s campaigns did not respond to emails seeking information on their contacts with government officials about cyberattacks.

There have been no documented cases of 2016 campaign data breaches, but hackers have repeatedly tried to send a message by targeting the most famous and controversial candidate.

The hacking group Anonymous has repeatedly attacked and defaced Trump’s campaign and business websites, and on March 15 the group declared “total war” against the businessman, who is now the Republican Party’s presumptive nominee.

Although the economy and national security have dominated the 2016 presidential campaign, as they do in most election cycles, cybersecurity got an unexpected boost in national attention when media outlets revealed that Clinton, as secretary of state, had exclusively used a personal email address linked to a private email server at her New York home.

Cybersecurity experts harshly criticized the setup, warning that government networks, while imperfect, were the best protected against data breaches and were the only ones suitable for handling classified material.

Americans are concerned about cyberattacks disrupting the 2016 election, with 64 percent of registered voters telling the data-security firm PKWARE that they fear an election-season hack. Despite Clinton’s email server woes, 42 percent of respondents to the PKWARE survey said she would be the best positioned to defend the country from cyberattacks, with 24 percent picking Trump.

The credit monitoring company Experian, in its third annual data-breach report, predicted that the 2016 campaign would provide irresistible fodder for hackers.

“It is likely that one of the presidential candidates, their campaigns, and/or a major donor [base] will be hacked,” the company said in its report, issued in December 2015. “Because campaigns today are being won and lost online and are driven by big data analytics, the potential for a politically motivated attacker to take aim is potentially significant.”

Hackers attacked both the Obama and McCain campaigns in 2008, and McCain’s running mate, former Alaska Gov. Sarah Palin, had her email account hacked in September 2008.