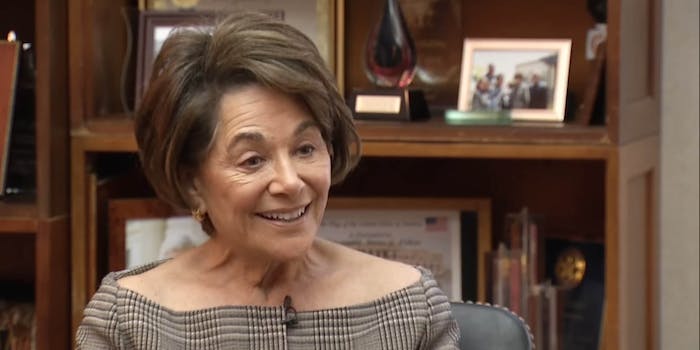 The proposals come as social media companies have grappled with how to handle political advertisements.

Two Democratic members of the House of Representatives are unveiling bills that would significantly narrow the kinds of targeted advertising that can be used for political ads.

Rep. Anna Eshoo (D-Calif.) on Tuesday announced the “Banning Microtargeted Political Ads Act,” which would bar the use of demographic or behavioral data from being used for political advertising. Enforcement of the new law would be handled by the Federal Election Commission (FEC).

“Microtargeting political ads fractures our open democratic debate into millions of private, unchecked silos, allowing for the spread of false promises, polarizing lies, disinformation, fake news, and voter suppression,” Eshoo said in a statement. “With spending on digital ads in the 2020 election expected to exceed $1.3 billion, Congress must step in to protect our nation’s democratic process.”

The bill would extend to social media, ad networks, and streaming services. Broad targeting—like states and congressional districts—would be allowed under the bill, as well as people who opt-in to getting targeted ads.

Meanwhile, Rep. David Cicilline (D-R.I.) is expected to unveil his “Protecting Democracy from Disinformation Act” today. That bill would limit ad targeting to location, age, and gender, according to Politico.

Eshoo’s bill includes a private right of action provision, allowing for users to file lawsuits if there were violations of the bills. Cicilline’s would as well, CNBC reports.

The two proposals come as social media companies have grappled with how to handle political advertisements.

Facebook’s policy has generated the most criticism, as it allows for politicans to post whatever they want, even if it is false information.

Twitter, on the other hand, went in the opposite direction by banning all political advertising with the exception of cause-based ads. Google has also tweaked its political ad policies.