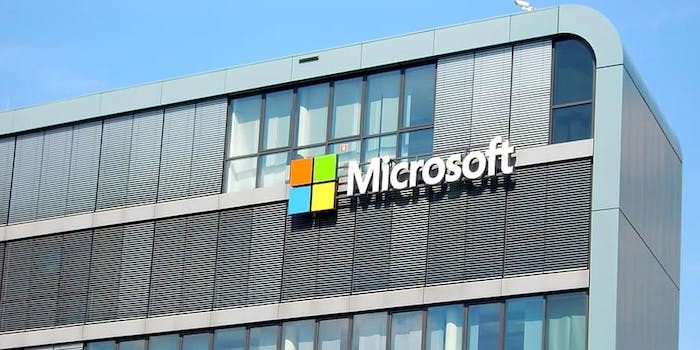 Microsoft says Congress should fund broadband in next relief bill

'Broadband already powers much of our modern lives, but COVID-19 has acted as an accelerant.'

Tech giant Microsoft is calling for broadband funding to be included in the next coronavirus relief bill.

In a blog post on Thursday, Microsoft President Brad Smith argues that access to broadband connectivity has become more critical than ever as millions find themselves isolated at home.

“Broadband already powers much of our modern lives, but COVID-19 has acted as an accelerant, a fuel of sorts that has driven many essential activities online,” Smith writes. “All learning, services, commerce, most workplaces and daily interactions online require a high-speed connection to the internet.”

Smith notes that a recent study found that as many as 42 million Americans lack access to broadband. Reliance on the internet will only increase in the coming months, Smith adds, due to the pandemic’s affect on society.

“We will eventually come out the other end of the COVID-19 crisis, but the future that emerges will look different from the world we left when this crisis began,” the post says. “The future of commerce, work, medicine, education, and services will have changed—and, in some instances, permanently.”

While Microsoft says it has doubled down on previous efforts to bring broadband internet to communities across the country, the government has a part to play.

“Companies across the country are stepping up to the plate, including tech companies such as Google and T-Mobile,” Smith says. “But it isn’t just tech that’s helping—companies such as Land O’Lakes are also working to close the broadband gap. We need the government to step up and meet us halfway.”

Among its three requests of the federal government, Microsoft is asking that support for broadband connectivity be included in the next coronavirus stimulus bill.

“Funding is needed in the next stimulus bill so that students and teachers have access to remote learning, people have access to their doctors and other telehealth options, and to help people work from home, file and maintain their unemployment benefits, and apply for jobs online,” Smith states.

The tech company is also calling for the Federal Communications Commission (FCC) to receive further funding “so it can implement recently enacted broadband-mapping legislation” designed to help highlight areas in need.

Lastly, Microsoft lays out seven principles it says should guide any future funding. The list includes recommendations that cost be minimized and that broadband networks be deployed rapidly.

Whether Congress agrees remains to be seen.