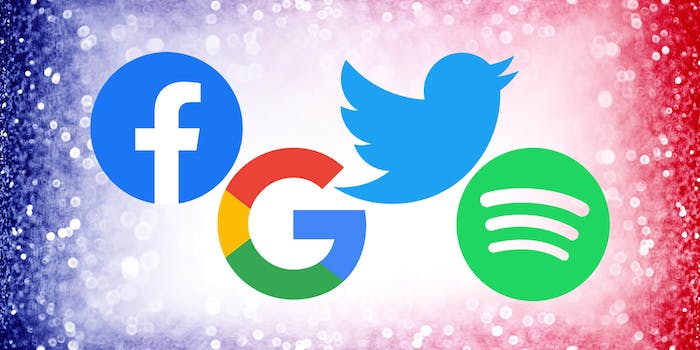 The policies for tech and social media giants surrounding their political advertisements have been under a microscope recently.

Some companies–like Facebook–have faced intense scrutiny for their policies, while others have decided to halt most forms of political advertisements altogether. The scrutiny, of course, comes as the 2020 election begins to fully take shape.

Here’s a look at how some major companies have decided to deal with political advertisements moving forward—and what you can expect on your timeline during the 2020 cycle.

Facebook’s policy has sparked the most criticism in recent months. The social media giant’s policy essentially allows politicians to post whatever they want in advertisements, even if the statements are untrue.

That decision has faced push back from members of Congress, 2020 Democratic hopefuls, and even some employees of Facebook itself.

Rep. Alexandria Ocasio-Cortez (D-N.Y.) grilled Facebook CEO Mark Zuckerberg about the company’s policy in October when she asked him whether or not she could take out ads that targeted Republicans in primaries and (falsely) say that they supported the Green New Deal.

Amid Facebook’s scrutiny, Twitter decided to take a different approach. Twitter CEO Jack Dorsey announced around the same time as Zuckerberg’s grilling in Congress that his company would ban all forms of political advertising.

In mid-November, the company rolled out details of its ban, saying that it has carved out an exemption for “cause-based advertising,” and that the ban was made because they believed that “political message reach should be earned, not bought.”

The policy bans paid advertisements from candidates, advertisers, PACs and Super PACs, and appointed government officials. Ads that refer to candidates, political parties and similar keywords will also be subject to the policy.

In November, Google announced that it would place limits on its political advertising in the lead-up to the 2020 election.

Election advertising will only be limited to three categories: age, gender, and location, and the company said it will no longer allow advertisers to target people based on public voting records or political affiliation.

“Given recent concerns and debates about political advertising, and the importance of shared trust in the democratic process, we want to improve voters’ confidence in the political ads they may see on our ad platforms,” Scott Spencer, the vice president of product management at Google Ads, wrote in a blog post announcing the changes.

The streaming company told Ad Age the policy will only affect the United States, as it does not run political ads in other countries.

In a statement, the company said it does not “have the necessary level of robustness in our process, systems and tools to responsibly validate and review this content.”