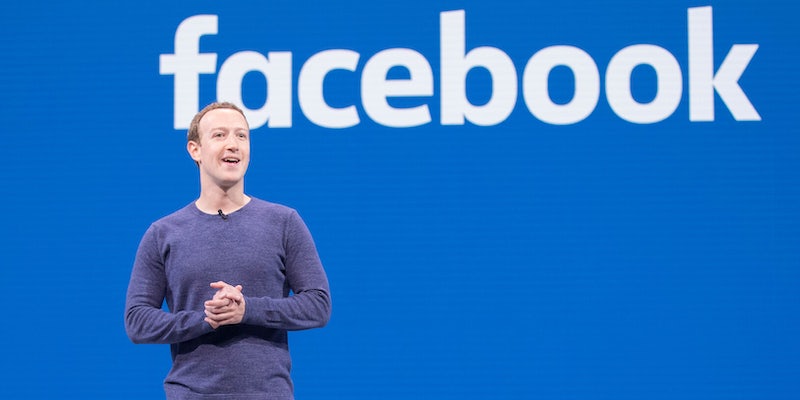 Some employees have joined in the criticism of the social media giant's policy.

More than 200 Facebook employees have signed a letter addressed to CEO Mark Zuckerberg criticizing the company’s stance on political advertisements—an issue that has become a flashpoint for the social media giant in recent weeks.

The New York Times reports that 250 employees signed the letter, which calls the company’s policy—which essentially allows politicians to post anything they want, even false claims—”a threat to what [Facebook] stands for.”

“Free speech and paid speech are not the same thing,” the letter reads, according to the Times. “Misinformation affects us all. Our current policies on fact checking people in political office, or those running for office, are a threat to what FB stands for. We strongly object to this policy as it stands. It doesn’t protect voices, but instead allows politicians to weaponize our platform by targeting people who believe that content posted by political figures is trustworthy.”

The letter continues that allowing “paid civic misinformation to run” on Facebook would: “increase distrust in our platform” and “undo integrity product work.”

“Facebook’s culture is built on openness, so we appreciate our employees voicing their thoughts on this important topic,” a company spokesperson told the Times. “We remain committed to not censoring political speech, and will continue exploring additional steps we can take to bring increased transparency to political ads.”

Facebook’s political advertising policy has been the subject of harsh criticism in recent weeks.

Last week, Rep. Alexandria Ocasio-Cortez (D-N.Y.) grilled Zuckerberg about the policy, eventually asking whether she could run ads falsely claiming that Republican lawmakers supported the Green New Deal. The Facebook CEO replied that she would “probably” be able to do so.

Before that, 2020 hopeful Sen. Elizabeth Warren (D-Mass.) tried to shed light on the policy by posting a false ad that said Zuckerberg endorsed President Donald Trump in the upcoming election.